These Reese's Cup-topped Sea Otter Cupcakes could not be cuter even if they popped right off the movie screen. Inspired by the adorable otters in the Finding Dory movie, these sweet desserts will make perfect Finding Dory party treats. 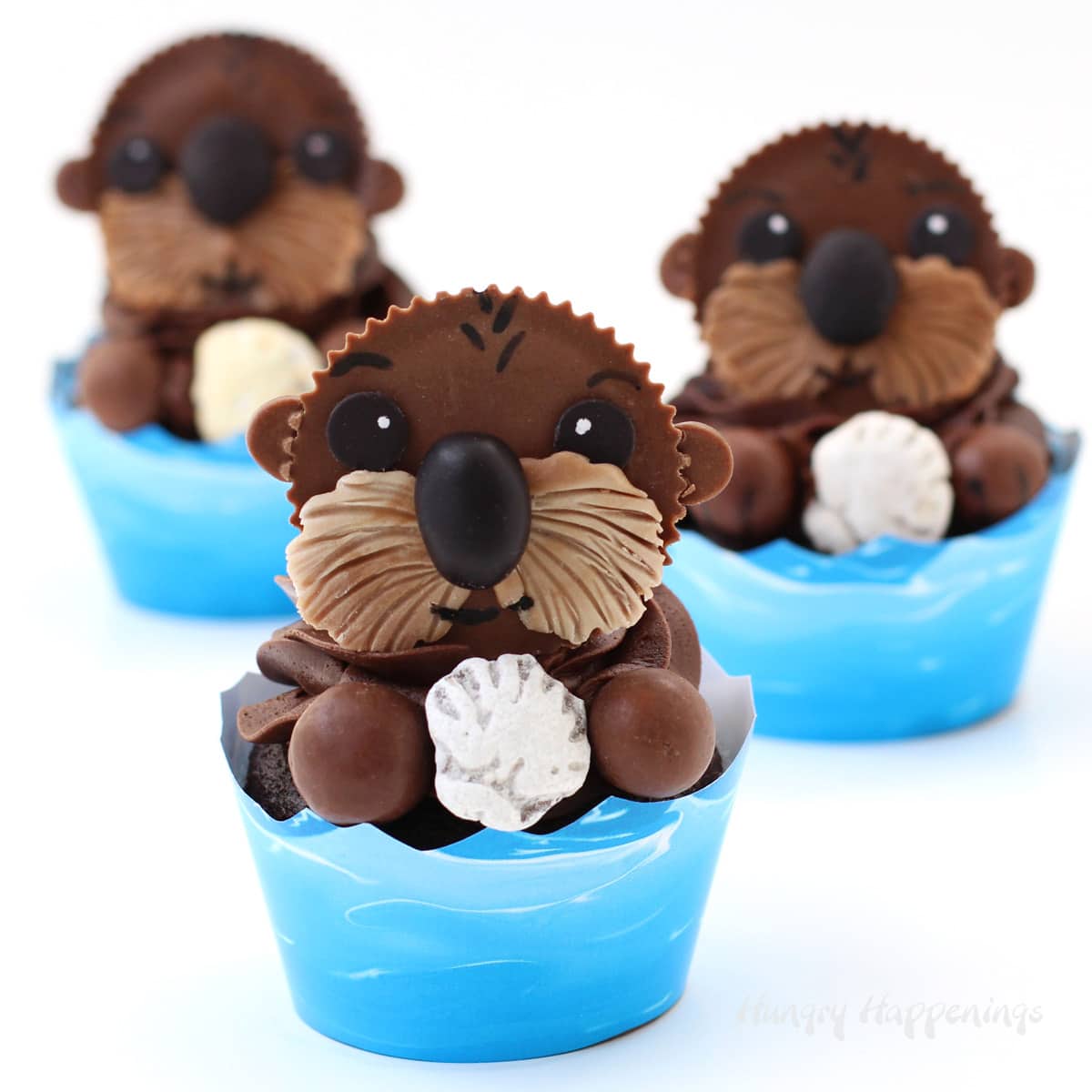 If you are looking for a fun Finding Dory party idea, you've got to make these cute Sea Otter Cupcakes. Aren't they just adorable?

As soon as I saw the cute otters pop up on the screen in the Finding Dory movie, I just knew I had to make them into Reese's Cup-topped chocolate cupcakes. I am so excited to share my cupcake version of Finding Dory Otters with you!

I've been making a lot of cupcakes topped with Reese's Cup animals lately and I really love them. Although I think the Teddy Bear Cupcakes, Carrot Thief Bunny Cupcakes, Magical Unicorn Cupcakes, Monkey Cupcakes, and Puppy Love Cupcakes are all super cute cupcake ideas, I have to admit these Sea Otter Cupcakes are my all-time favorite. There is just something about those furry little faces that just make me so very happy.

UPDATE: These Otter Cupcakes were the first Reese's Cup-topped movie-themed cupcakes I made, but since Finding Dory's premier I have been inspired to create Beauty and the Beast Cupcakes and Paddington Bear cupcakes too. 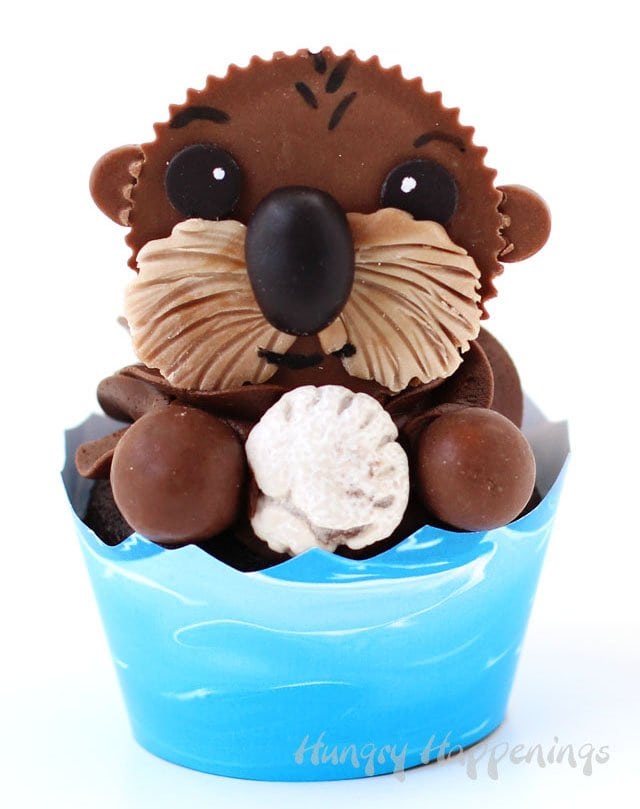 To make these cupcakes, I chose to use Reese's Cups for the otter's heads and I decorated them using modeling chocolate, also known as candy clay, and some candies.

I love working with modeling chocolate because not only does it taste just like chocolate, but it can be molded and cut into any shape imaginable.

If you've never made your own modeling chocolate, it is super easy. You just need your favorite chocolate and some corn syrup (or honey.) I suggest you use chocolate that you really like to eat because the flavor will really shine through. 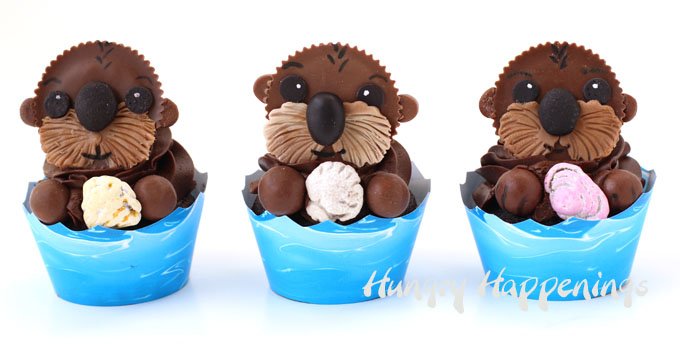 You can find the recipe and step-by-step tutorial for making and coloring modeling chocolate on my Chocolate Making Tips page.

These Sea Otter Cupcakes are also featured in my book, Candy Clay Creations along with 16 other amazingly adorable treats. Be sure to check it out if you are excited about working with modeling chocolate (candy clay).

Before I share the step-by-step-tutorial for creating these Finding Dory cupcakes, I want to share a link to a Facebook Live Demonstration I did the other night. I showed the audience how to make these cupcakes.

I also shared a peek inside my very own chocolate factory.

Wasn't that fun? It was my first foray into Facebook Live and I had a blast. I'll be doing more, so be sure to like my Hungry Happenings Facebook page so you can see future video tutorials.

My Sea Otter Cupcakes have become so popular and I've gotten a lot of requests to create a quick video tutorial, here it is... 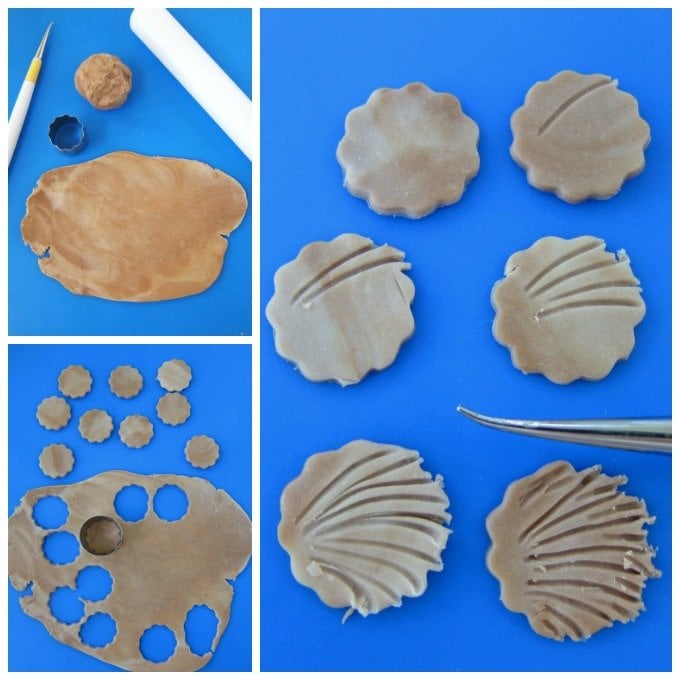 How to make modeling chocolate decorations: 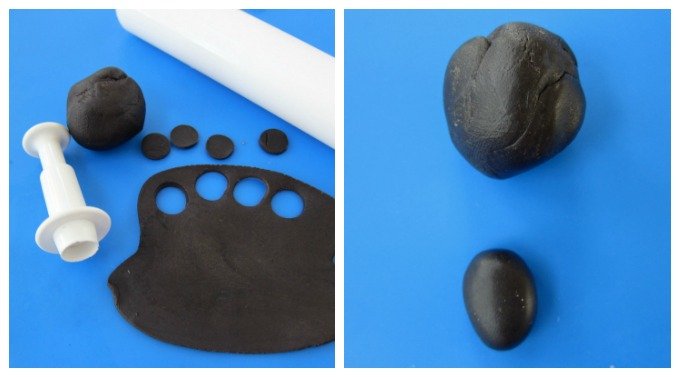 How to make modeling chocolate eyes and nose: 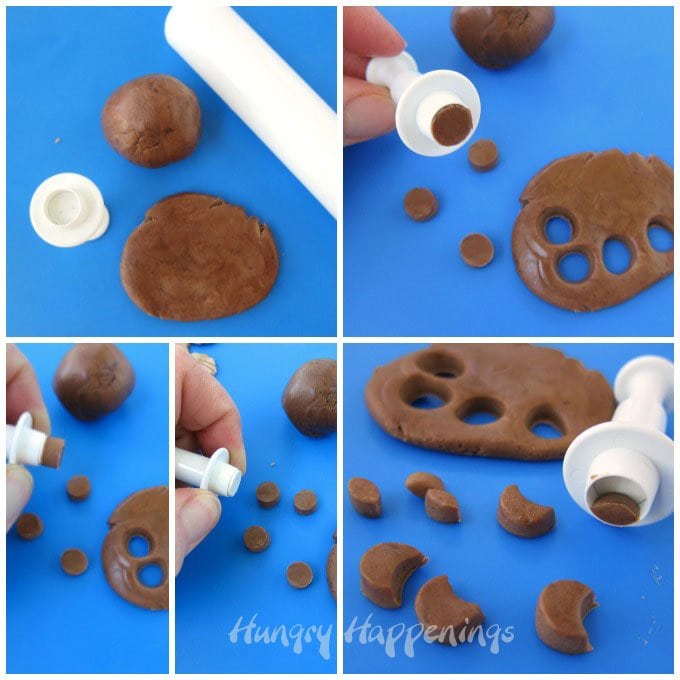 HOW TO DECORATE THE REESE'S CUP SEA OTTERS

You'll need one Reese's Cup per otter and either some melted chocolate or some piping gel. I like using the piping gel because it's clear and it really sticks the modeling chocolate pieces together securely. 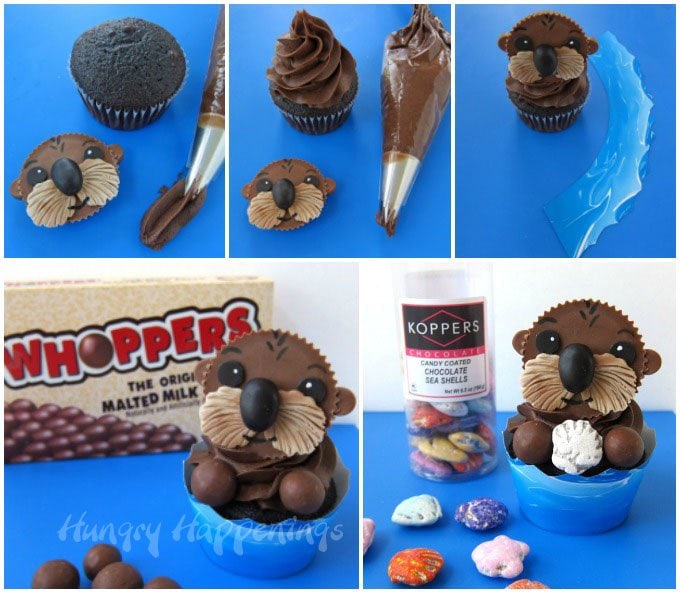 HOW TO ASSEMBLE YOUR SEA OTTER CUPCAKES

To make these sweet summer themed cupcakes  you'll need some supplies which you can find on Amazon.com (commission earned for sales.) 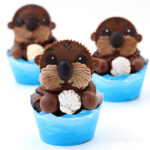 Turn Reese's Cups into sweet little otters then use them to create some adorable Sea Otter Cupcakes. These treat will be perfect for your kids birthday parties or even a Finding Dory Party. 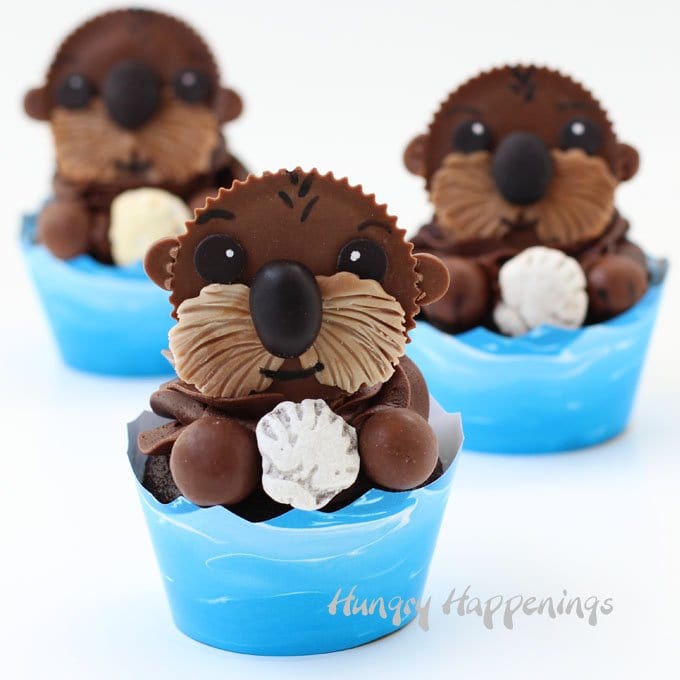 If you are hosting a Finding Dory party, you might also like to make these Just Keep Swimming packs of Finding Dory Popcorn.

If you are looking for some more summer-themed party ideas 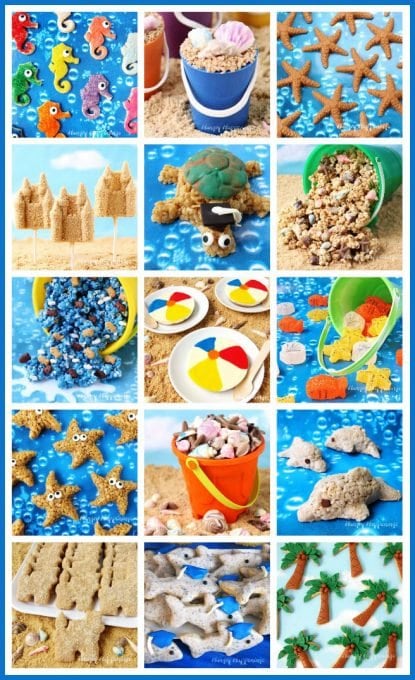 If you recreate these Sea Otter Cupcakes for your Finding Dory or summer-themed party, be sure to link to this tutorial, mention, and tag @HungryHappenings, use #HungryHappenings then send a picture to beth@hungryhappenings.com, so I can share it in my Readers' Gallery.

Latest posts by Beth (see all)

I'm Beth. I've been a professional chocolatier & baker for over 30 years, have written 5 cookbooks, and love creating fun food for holidays and special occasions.

Read more about me →