This post is in partnership with Warner Bros. Pictures.

Kids of all ages will fall in love with these Paddington Bear Cupcakes. Made to celebrate the release of Paddington 2 on January 12, each chocolate cupcake is topped with a swirl of chocolate frosting and is adorned with a peanut butter cup bear wearing a bright red candy hat. 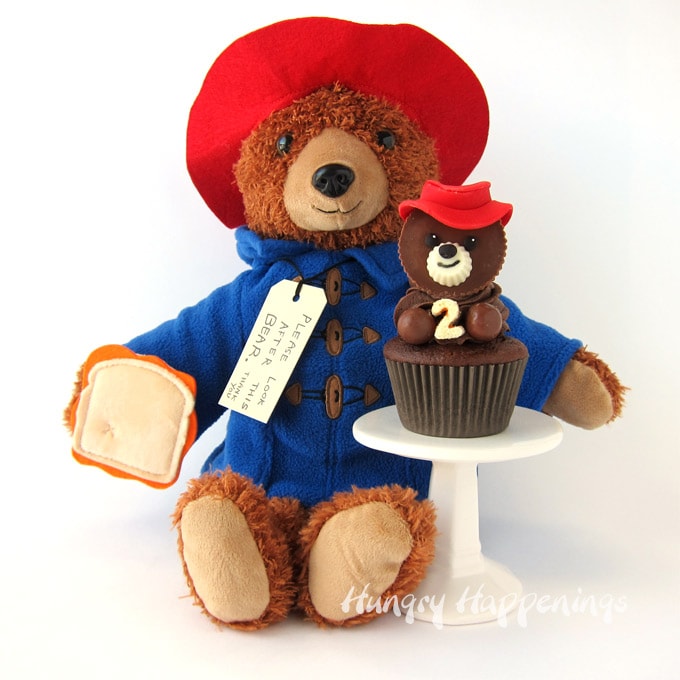 How cute is that duo pictured above? It’s hard not to fall in love with both the stuffed version and cupcake version of Paddington Bear. That sweet little bear from London via Peru certainly makes the world a brighter place.

Creating an edible version of this adorable bear was so much fun. I started by making one of my most popular treats, a peanut butter cup topped cupcake, then decorated it to look like a bear using more candy.

To make these chocolate treats look like Paddington they had to be wearing a bright red candy hat which I made using modeling chocolate (candy clay). 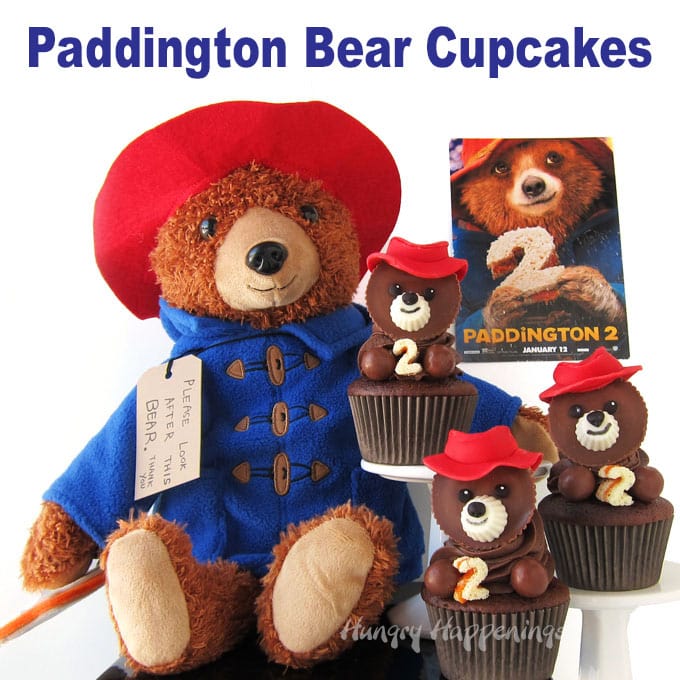 I was thrilled with how much the cupcakes look like the movie poster for the new film.

I was almost as excited as I am to see the new Paddington 2. I loved the original “Paddington” and can’t wait to see what adventures Paddington and his adoptive family, the Brown’s, get into this time.

In this new movie Paddington goes in search of the perfect present for his Aunt Lucy’s 100th birthday.

His quest leads him to Mr. Gruber’s antique shop where he sees a unique pop-up book. In order to afford such a wonderful gift he must take on odd jobs which leads to many amusing adventures for the bear. Alas, the book is stolen before Paddington can buy it and it’s up to Paddington and the Browns to unmask the thief.

Watch a few snippets of the excitement in this trailer…

I know with all the excitement surrounding the movie release, many of you will be hosting Paddington Bear parties this year. These cute Paddington Bear Cupcakes will make the perfect treat to serve to your guests.

If you are excited to see the new movie, you’ll be happy to know that tickets for Paddington 2 are now available. Get them for the whole family today at paddington2tickets.com.

Before you go be sure to check out my little movie. In it, I show you how to make these adorable peanut butter cup Paddington Bear Cupcakes. 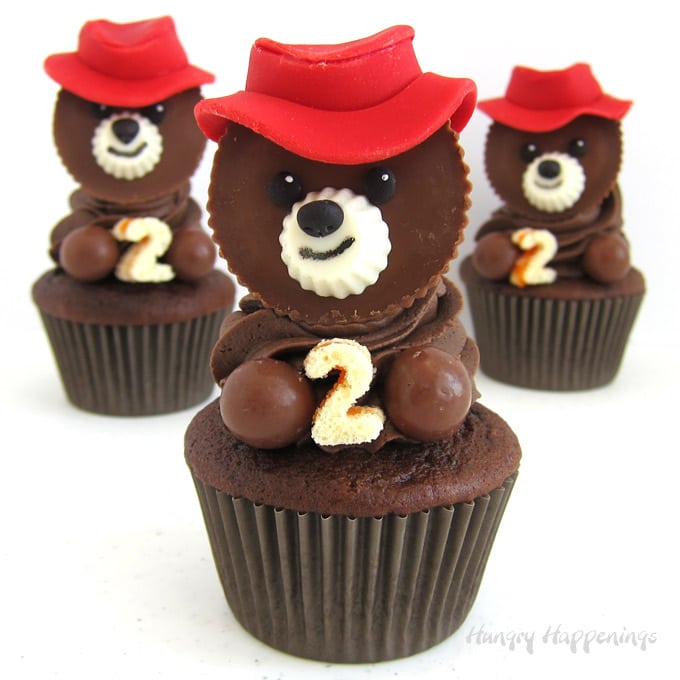 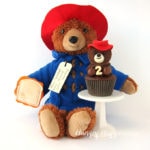 Have fun making your Paddington Bear Cupcakes. If you made these treats and share them online be sure to mention Hungry Happenings, link back to this recipe tutorial, and use #hungryhappenings.

I hope you enjoy the movie! 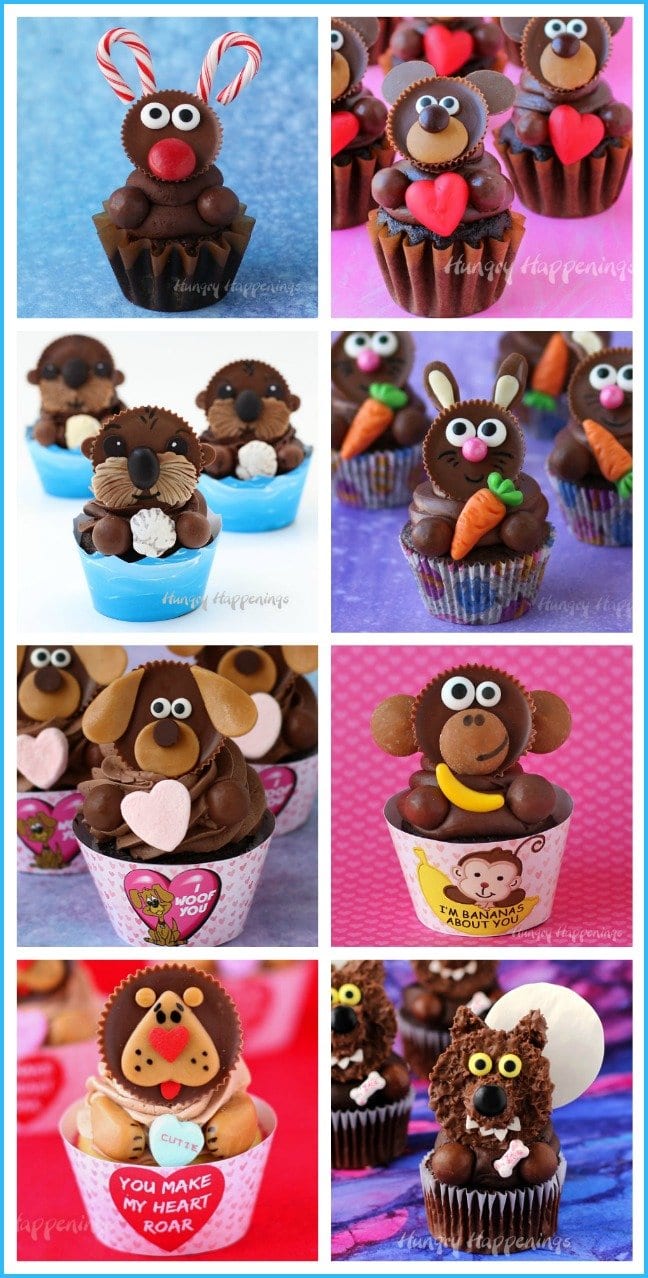 Also be sure to check out these other cute peanut butter cup cupcake tutorials.