Looking for some really fun decorating and food ideas for your next Halloween party? Let me take you on a tour of our 2017 Halloween bash. It was a great event and I’m excited to share it with you. 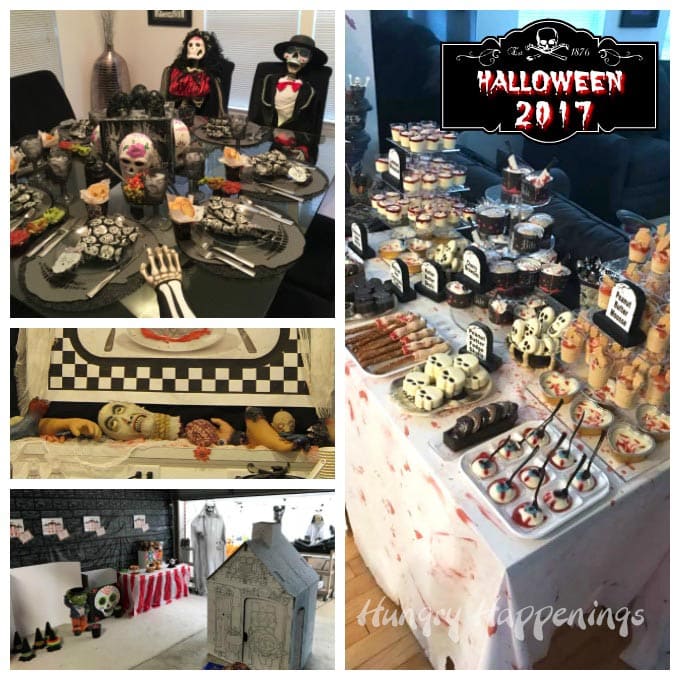 We took a break from hosting our party last year so we went all out this Halloween. Unlike other years where we’ve had one main theme throughout the entire house for our Halloween party, we decided to change things up a bit.

I wanted to showcase our very best decorations so each room in the house had a different theme. 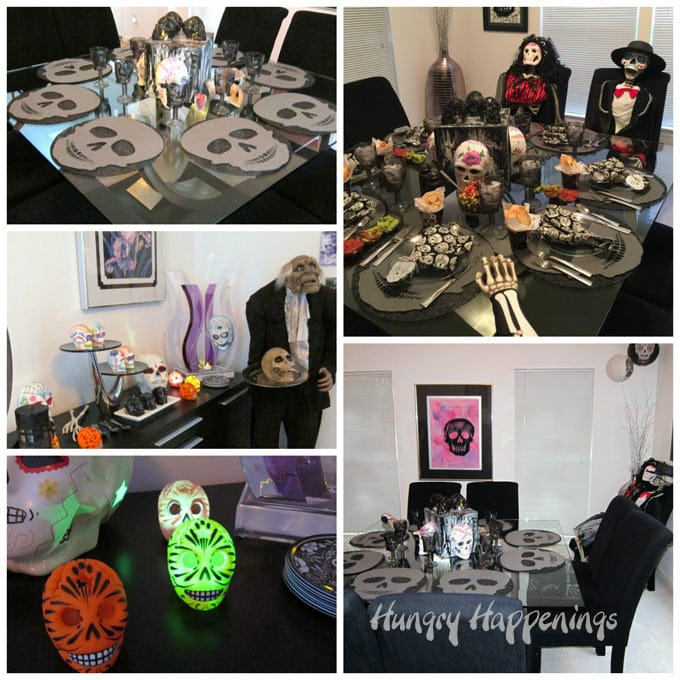 Our dining room was decked out for the Day of the Dead.

My dining room is already black and white so it lends itself to any type of Halloween decorations. I used real sugar skulls, paper mache sugar skull masks, painted felt sugar skulls, and sugar skull lights to add pops of color to the room.

I dressed up two skeletons for the affair and sat them at the table as if they were party guests for a small dinner party that I hosted a few weeks ago. Being we needed every available space for our party guests to eat, during the big party, I snuggled the two skeleton’s together in the corner. 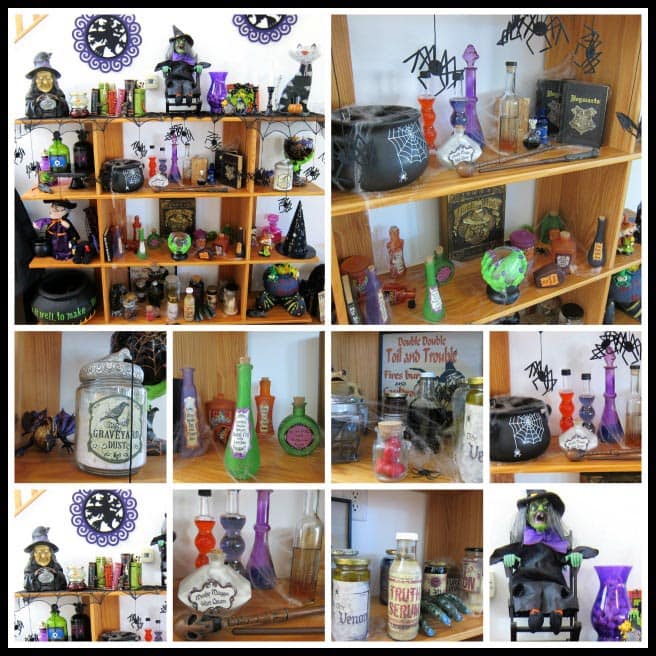 The shelf in our entry hallway was filled with potion bottles and witch themed decor.

My favorite decoration is the witch in the rocking chair. She’s motion activated and is creepy but funny at the same time. 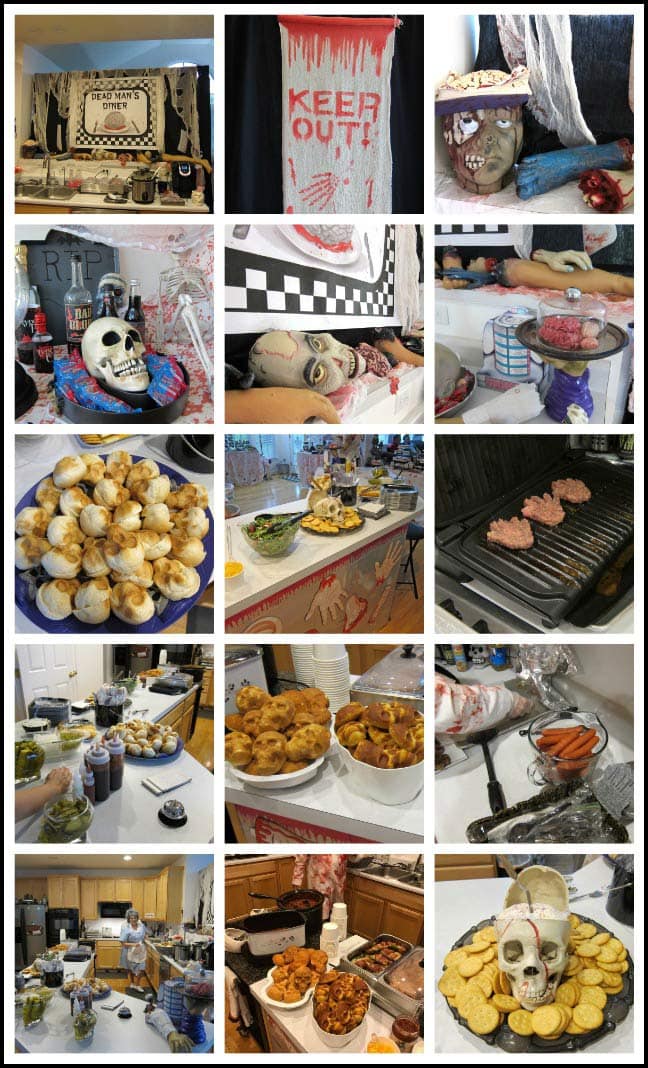 One of my favorite party themes has been the Dead Man’s Diner. I was so excited to recreate it again this year.

Our guests could also get a Dead Man’s Float (a root beer float made with ice cream brains and skeletons) and dozens of other desserts. 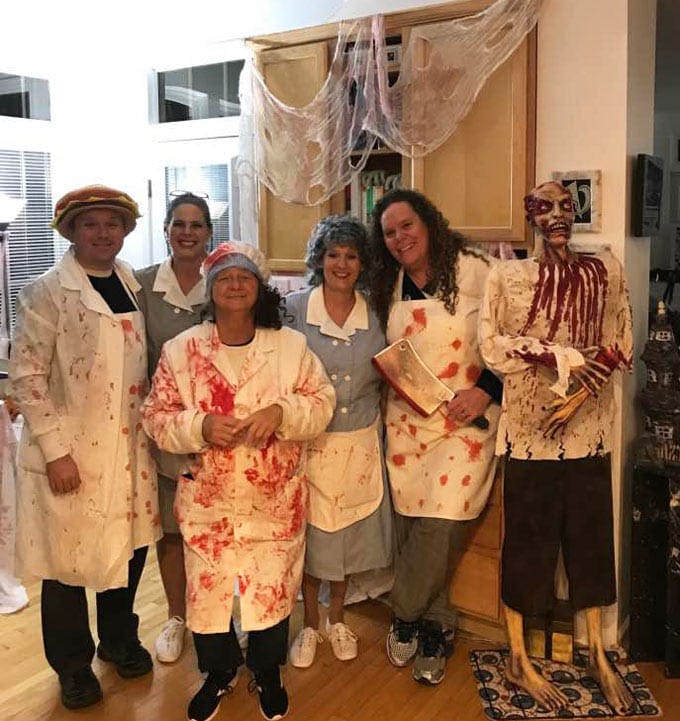 The food table didn’t look quite as exciting as it has in year’s past but the diner staff made the experience over the top.

My friends, Jessie, Vickie, Brandy, and Sean served up food to all of our guests. They really played up the Dead Man’s Diner theme and made everyone feel like they were in a real zombie diner. It was so much fun.

I can’t thank them enough for making this party the best we’ve ever had. 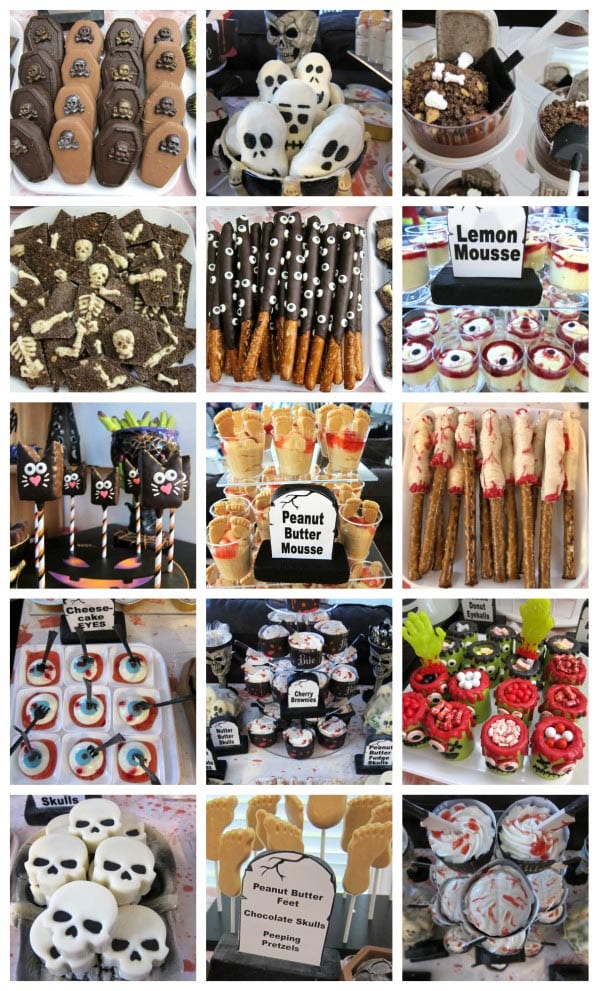 As usual, I went all out on our desserts. 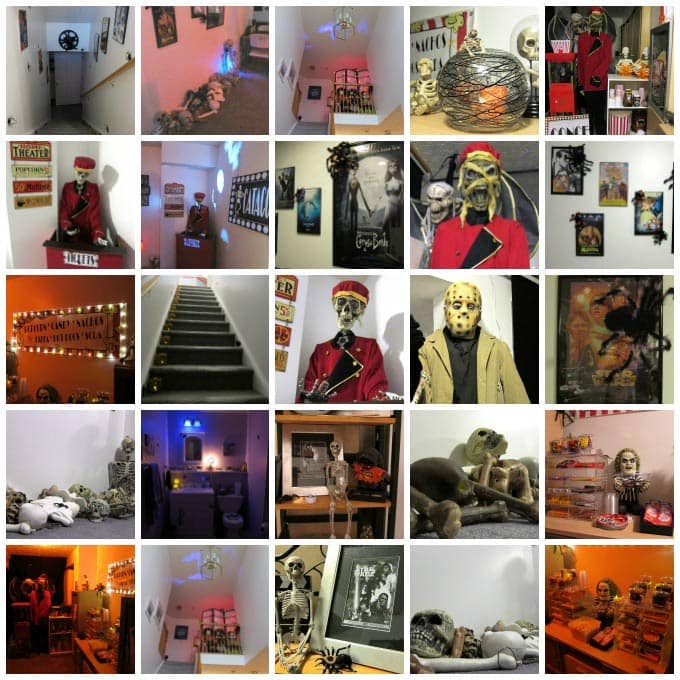 One of my absolute favorite rooms was our basement movie theater.

We created a concession stand, added spiders everywhere, and had skeletons and creepy animated props everywhere. 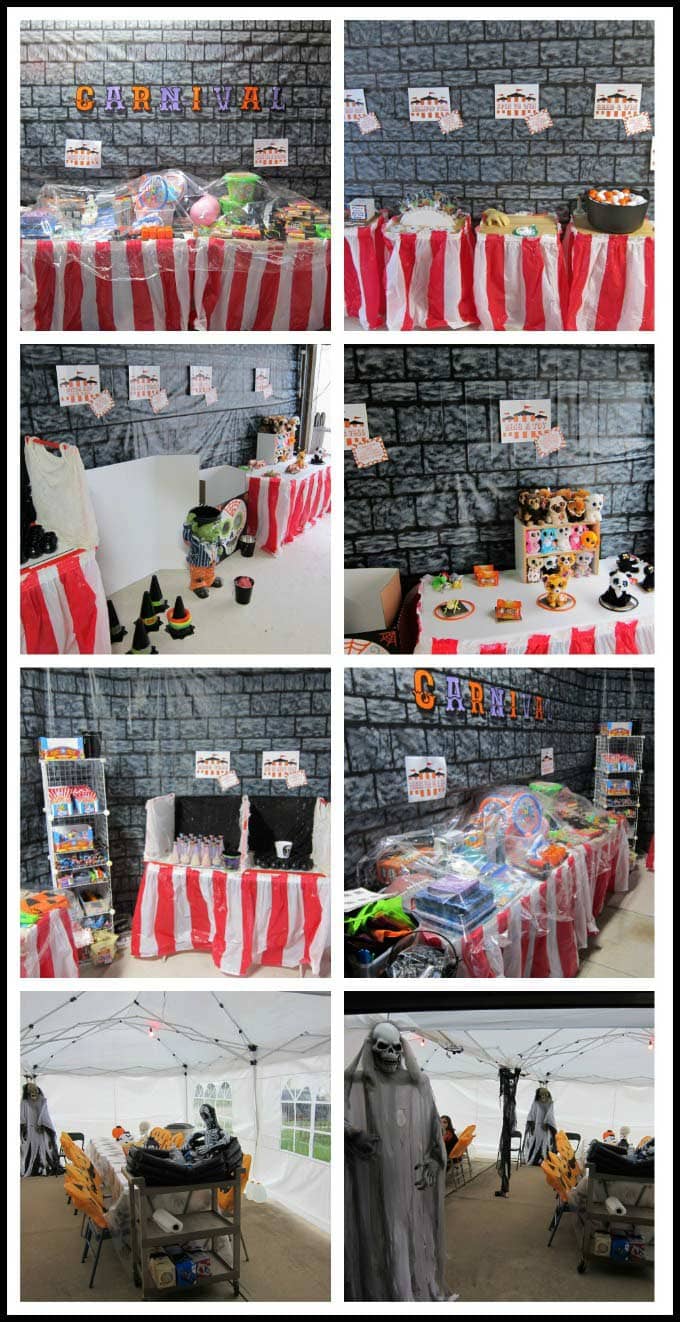 The most exciting place in the house was actually in the garage. We put together a Halloween carnival. The kids and adults loved it.

When the kids won a game they got gold coins. For every game we also had small consolation prizes. At the end of the night every kid won one big prize. The kid with the most gold coins got to choose their prize first then on down the line until all the kids chose a prize. That worked out great!

We also bought two 10 by  20 foot EZ-Up tents to set up this year being we usually have over 100 guests. This year our crowd was much smaller (only 60 guests) and it was really cold, but the tents still came in handy. We felt that they were a good investment being they cost 1/3 of what it would have cost to rent a tent for the party. I’m sure we’ll put them to good use for future parties too. 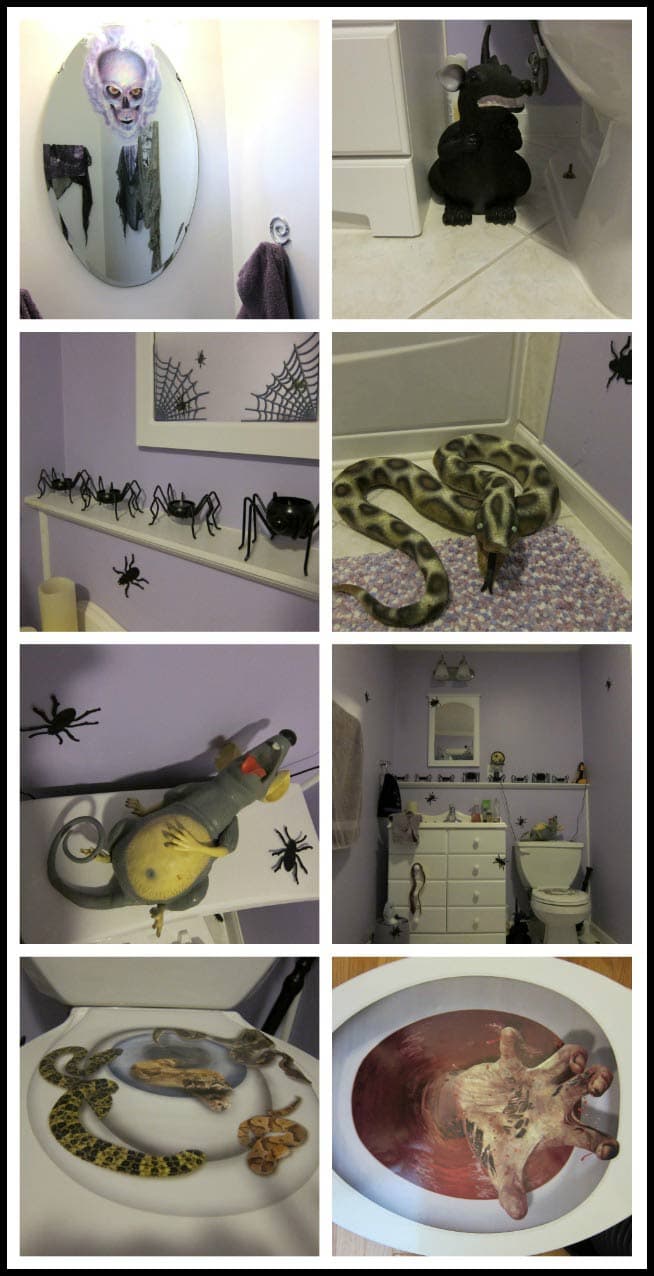 As I said, our entire house was decorated. We even decorate the bathrooms.

We do go a bit crazy but it’s fun.

What did you do for Halloween? I hope you had fun!