Make your significant other fall in love with you all over again by making them these Raspberry Cheesecake Stuffed Brownie Hearts.  Each heart shaped brownie has a smaller raspberry cheesecake brownie stuffed inside. 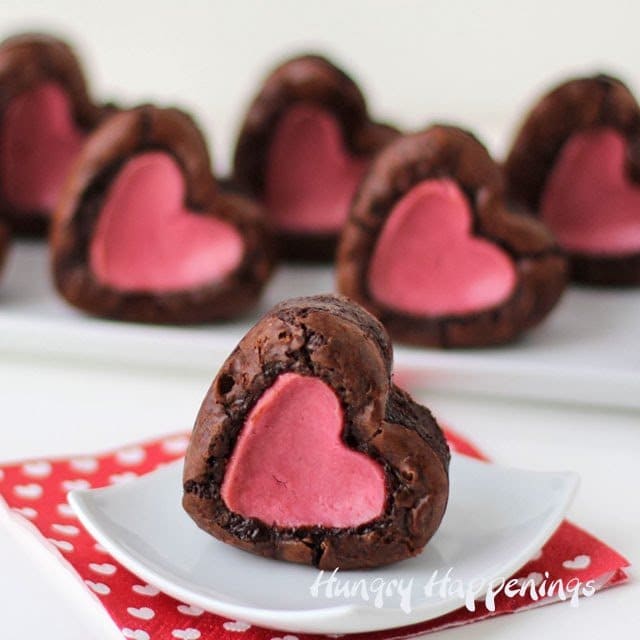 Sometimes something wonderful comes out of utter failure.

I made these decadent Raspberry Cheesecake Stuffed Brownie Hearts only after two days spent in the kitchen trying to get heart-shaped cheesecakes stuffed into cupcakes. I’d done it before.

Stuffing pumpkin-shaped cheesecakes and Christmas tree cheesecakes into cupcakes was easy. Hearts, not so much. 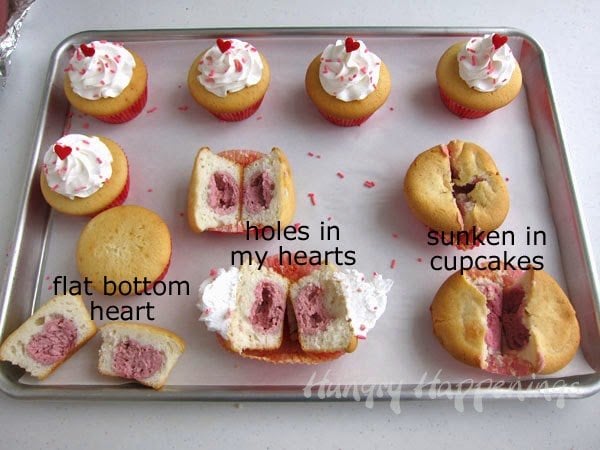 I was so frustrated after having under-baked sunken cupcakes, holes in my cheesecakes, and flat bottomed hearts that looked like blobs, that I chucked the idea of hiding the heart inside a cupcake and just added them to the top of heart-shaped brownies.

When they came out of the oven, I was so relieved. They are so pretty and the combination of the raspberry cheesecake with the deep dark brownie, was so much better than the cupcakes, anyway. I just wish I would have thought of this idea first. Oh, well, sometimes it goes like that.

I had to jump through a few hoops, but these little desserts rank up there in my favorite list.
You can find the recipe for these Raspberry Cheesecake Stuffed Brownie Hearts over at Tablespoon.com.

Find the heart molds on Amazon (commission earned for sales at no cost to you).


If you are looking for other treats or gifts to make for Valentine’s Day,
you might like these other recipes too. 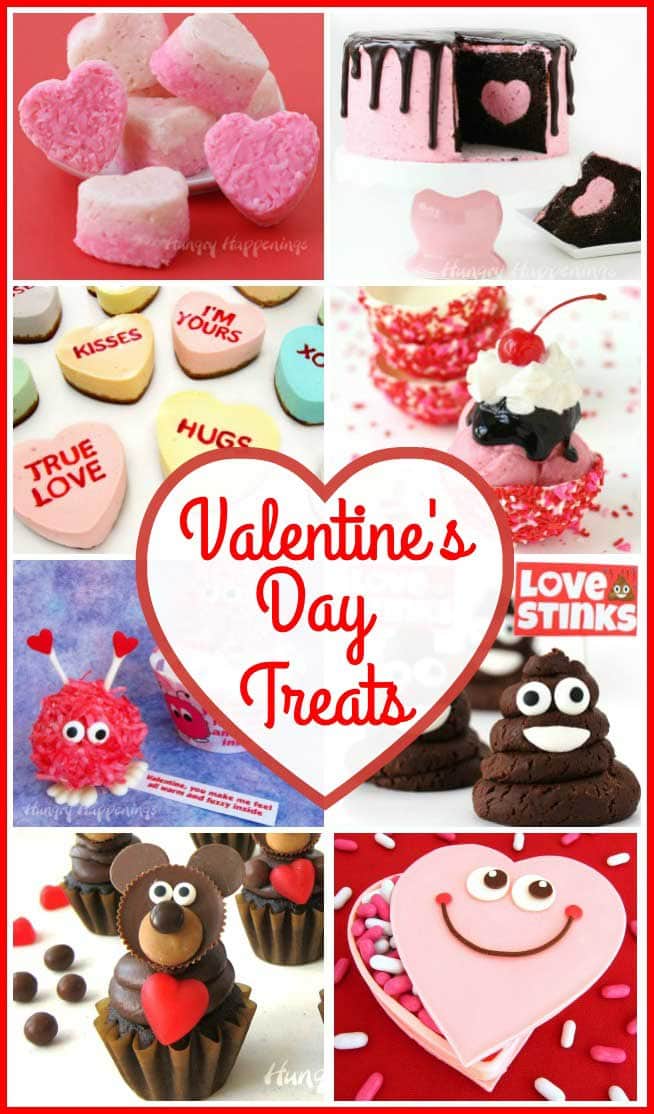