Create your own awe-inspiring eagles for your July 4th celebrations. These Mini Ice Cream Cone Eagles coated in shredded Candy Melts are sure to be the hit of your patriotic party. 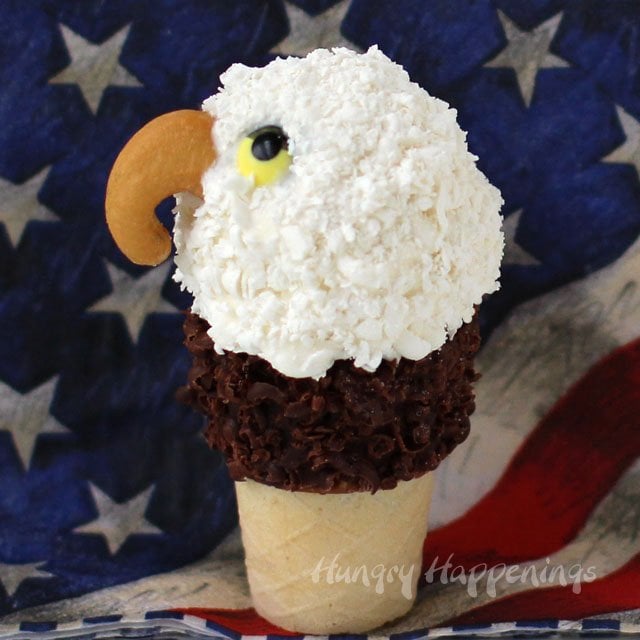 We’ll be celebrating the U.S.A.’s independence in a few days on the 4th of July so I thought the next animal in my decorated ice cream cone series just had to be a bald eagle. These majestic creatures symbolize the freedom we are fortunate to experience in our country and these Ice Cream Cone Eagles are perfect for this holiday.

In creating my eagles out of ice cream, I wanted to make sure I captured its beauty, but my first attempt did not go so well. 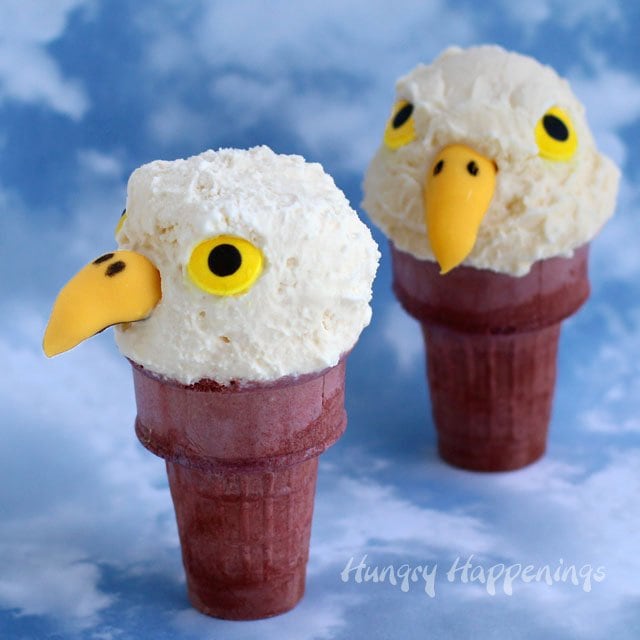 It’s alright, you can laugh.

My husband suggested these be made out of dark chocolate ice cream and used for an over the hill party. That would be the only good use out of these rather ugly treats.

I really wanted to make a full-size ice cream cone eagle but had a hard time finding just the right beak.

For these, I used Bugles dipped in yellow candy melts, but they just didn’t look quite right.

Plus, the eyes on these eagles are too big and their heads just weren’t fuzzy enough. 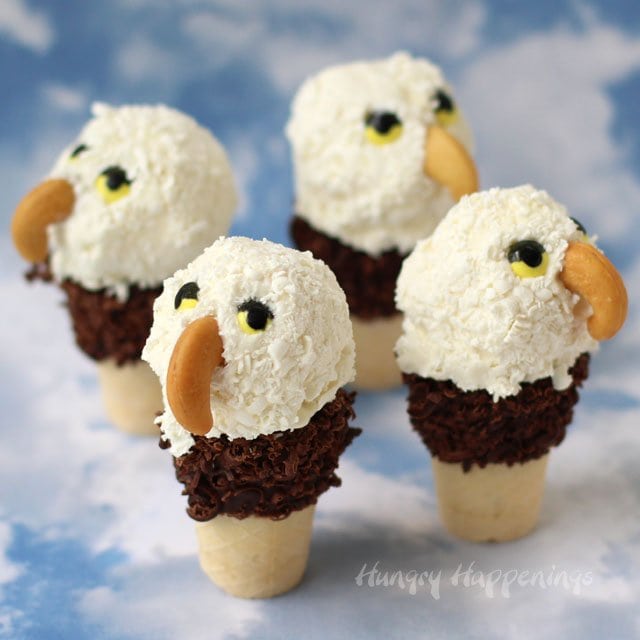 So, I decided to make my eagles using mini ice cream cones so that I could use cashews as the beaks. I’ve seen lots of edible eagle treats made using cashews, and even though I tried to make them out of something else, in the end, the cashews just worked the best.

To make my eagles look fuzzy, I used shredded Candy Melts, white for the head, and brown for the body. Most edible eagle treats are coated in coconut and even though the Candy Melt shreds don’t give the eagles quite the same fuzzy appearance as the coconut does, I like that the Candy Melts will melt in your mouth along with the ice cream, unlike coconut which has to be chewed. Plus, most kids will prefer the candy melts over coconut.

You can use store-bought vanilla ice cream to make your eagles or make your own homemade no-churn ice cream. It’s super easy and requires only 3 ingredients. I’ll share the recipe below. 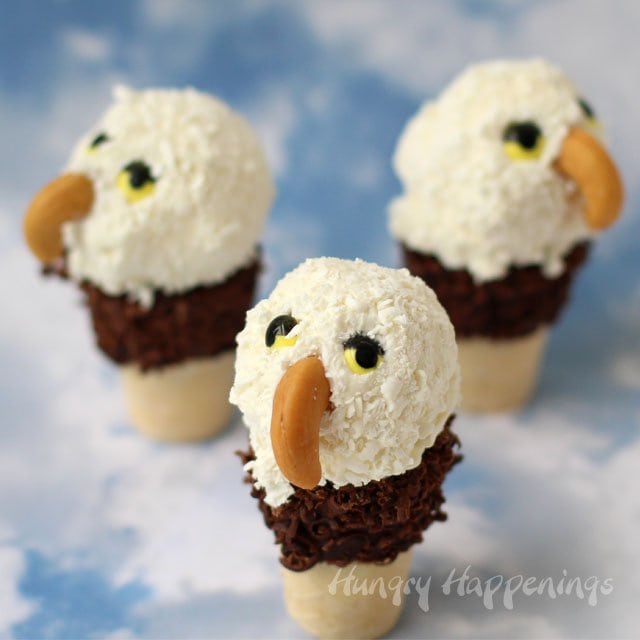 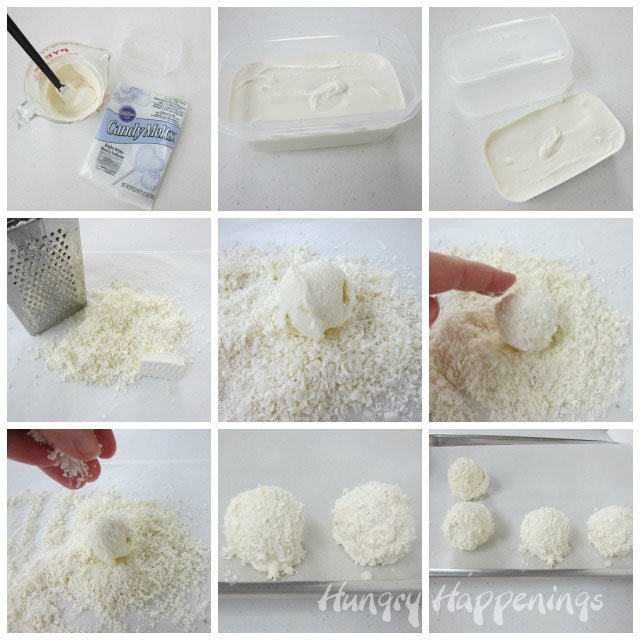 Pour into a small rectangle plastic container (about 3 inches by 2 inches.) Freeze for 10-15 minutes. Pop them out of the container.

Scoop out about a 2 tablespoon size ball of vanilla ice cream. Roll in the shredded candy melts coating the entire scoop. Set ice cream scoops on a parchment paper-lined baking sheet. Freeze for at least thirty minutes until firm. If it’s warm in your house, get the scoops in the freezer quickly before they melt.

Pour half of the Candy Melts into a small rectangular plastic container. Freeze for 10 minutes. Pop them out of container and shred using a cheese grater.

Reheat the remaining Candy Melts for 10-second increments, stirring after each until melted.

Dip the top of a mini ice cream cone in the candy melts then roll in the dark cocoa shreds. Freeze for 5 minutes.

Draw a line across each yellow eye and color in the top 1/3 of each. Allow the eyes to dry for at least 10 minutes.

To make the eagle heads insert one cashew into each vanilla ice cream scoop. It’s easiest to create a small hole before pushing the cashew in the ice cream. Press two candy eyes above and on either side of the cashew beak. Pop back in the freezer until you are ready to serve.

Just before serving to fill the cones with ice cream. I allowed the ice cream to soften, spooned some in a pastry bag and piped it into the cones. It was quick and tidy. 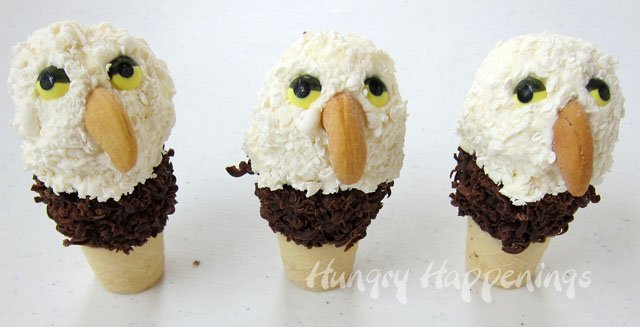 If you need to make these ahead of time for a party, you can assemble them and freeze for up to 8 hours.

If you’d like to make your own no-churn ice cream, you can use this recipe: 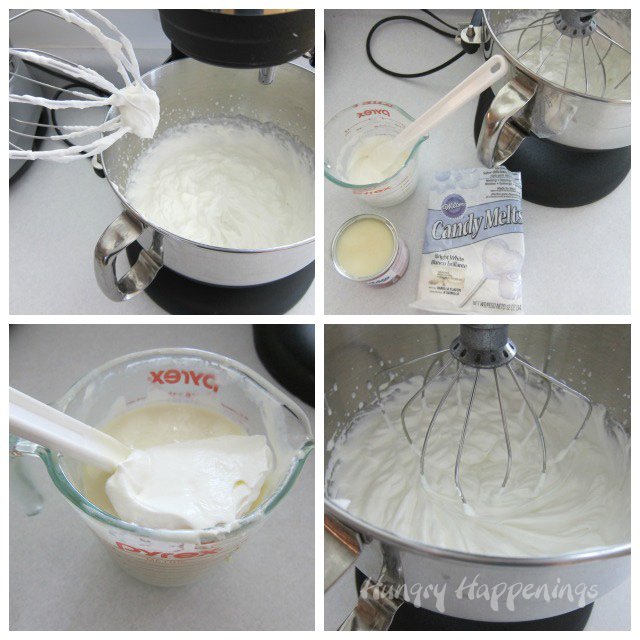 Pour the heavy whipping cream into the bowl of a stand mixer or in a large mixing bowl. Beat on high to stiff peaks.

Pour candy melts into a small microwave-safe bowl. Heat for 30 seconds on high, then stir. Heat for another 30 seconds, then stir. Continue to heat at 15-second increments, stirring after each, until melted.

Stir in the sweetened condensed milk. If the chocolate seizes and you get small hard bits in the mixture, heat in the microwave for 10-second increments, stirring after each, until melted and smooth. If hot, allow this to cool so that it feels cool to the touch. Spoon in about 1/2 cup of whipped cream and stir until smooth.

Pour it into the whipped cream and beat until well combined.

Pour into a freezer-safe container and freeze for at least 3 hours. 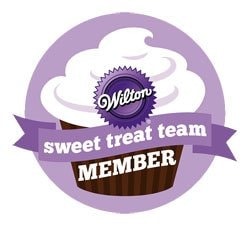 I am a brand ambassador for Wilton and am compensated for sharing recipes using their products.

Purchase items needed to make this project from Amazon.com (commission earned for sales) 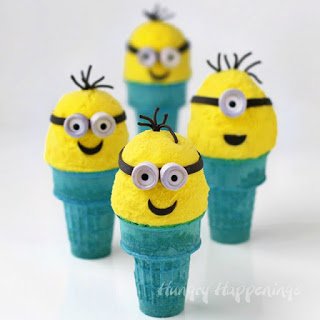 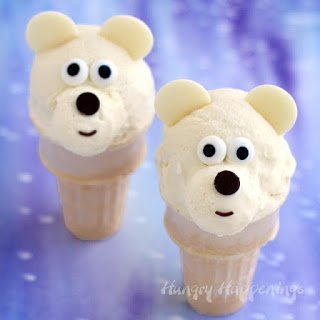 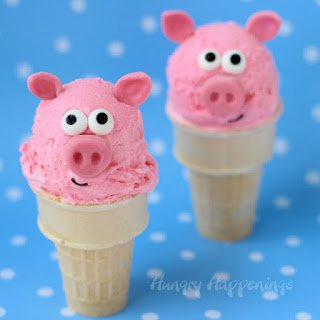 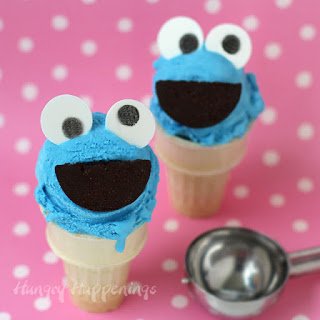 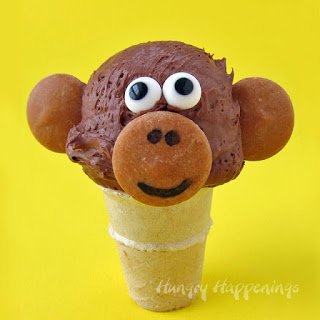 If you’re looking for other 4th of July Recipes, click the link and explore all my other Independence Day inspired food. 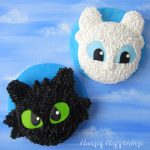