I don’t know about you, but I absolutely love cheesecake! Try making these festive Cheesecake Carrots for your Easter Dessert this year! 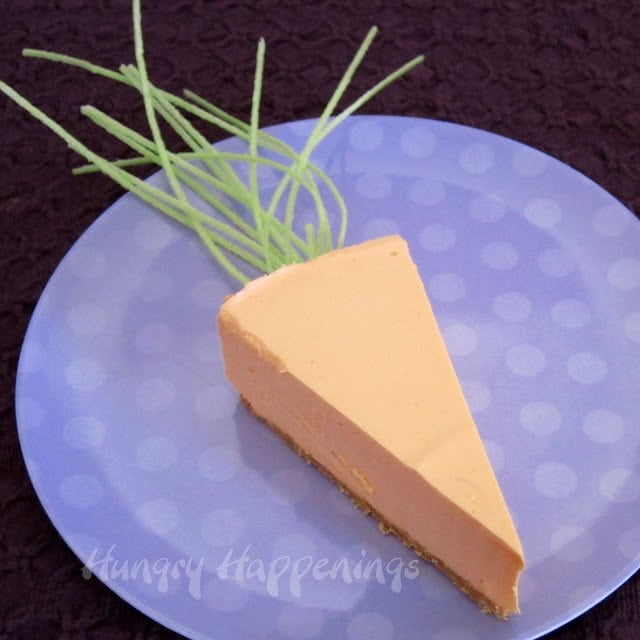 With only a few days until Easter, I am finally finished making Easter chocolates and can now actually spend some time making something to bring to Easter dinner. Of course, I wouldn’t be allowed to walk in the door without some chocolate Easter eggs, but being most everyone in my family loves cheesecake, I thought it would be a good idea to bring one of them too.

Although the orange cheesecake recipe I will share with you is quite simple, it did take me three tries to find just the right flavor combination. I started by making a recipe that called for orange juice concentrate. It was so bad, it ended up in the trash. The second cheesecake was made using freshly squeezed orange juice. I had high hopes, which were dashed after one bite; it was bitter and not very flavorful. Once again, into the trash. 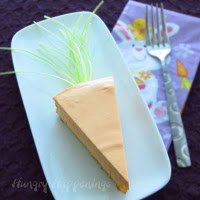 I don’t like wasting food and was going to give up, but really wanted to make this cheesecake carrot idea work. I realized that both of the wasted recipes had similar ingredients including cream cheese, orange of some sort, and gelatin. I wondered if I could just use orange gelatin and did a quick internet search. It was easy to find a recipe right on the Jello website that called for orange Jello, cream cheese, and whipped topping. Well, that sounded easy enough, so I gave it a try. I had to make a few measurement tweaks, but finally came up with a cheesecake that is reminiscent of an orange creamsicle. I think my family will like it – at least I hope they do.

To make my slices of orange cheesecake look like carrots I snipped off strands of edible Easter grass and just pushed them into the wide end of each cheesecake slice. You could make the greens using green licorice, green fruit roll ups, or green taffy. Another option would be to melt some green confectionery coating/candy melts and pipe the greens onto a piece of parchment paper. Allow them to harden in the refrigerator or freezer, then press them into the cheesecake slice.

UPDATE: I made this recipe several days before Easter and the first day it was creamy and smooth and the friends that tasted it love it, but days later when I served it for Easter, it’s consistency was more like whipped gelatin and sadly it ended up in the trash. I was so bummed, but learned that it is best eaten cold the day it is made. Next time I make cheesecake carrots, I will just use my favorite cheesecake recipe, color it orange, and add the greens. 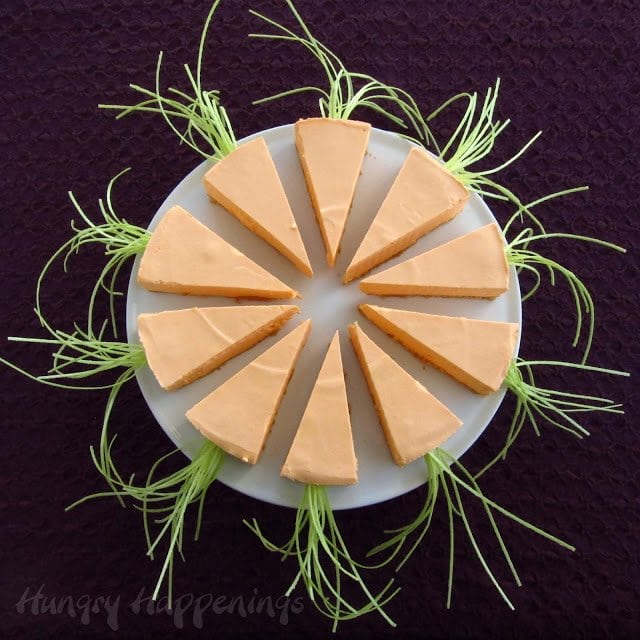 Combine the graham cracker crumbs and butter together. Press into the bottom of a springform pan. Freeze until ready to fill.

Heat orange juice in microwave just until it comes to a boil, 1-2 minutes. Pour in orange Jello and stir until Jello dissolves.

Place cream cheese in a large mixing bowl. Beat until light and fluffy using an electric mixer. Pour in about 1/4 of the orange gelatin mixture. Beat until well combined. Continue adding in small amounts of the gelatin until well mixed. Fold in whipped topping.

Remove crust from freezer. Pour orange mixture on top of crust and smooth out surface.  Refrigerate for at least 4 hours. 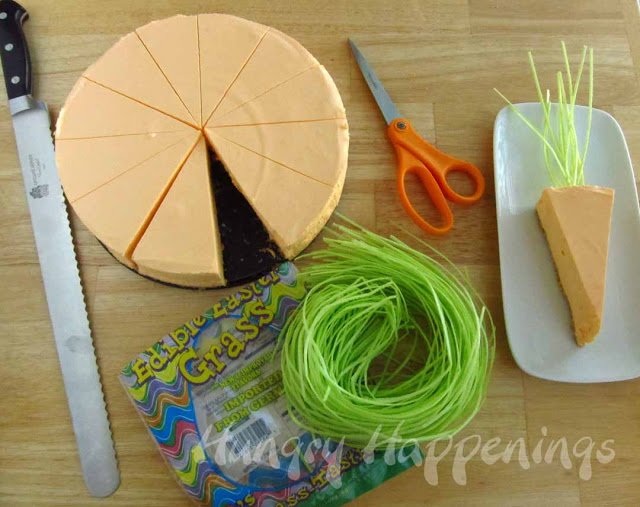 Cut cheesecake into 12 wedges using a long knife. To get really clean cuts, dip the knife in hot water and wipe clean before each cut.

Remove the slices and place on a serving platter or individual dessert plates. Cut some greens and press into the wide end of each slice. Serve.

This is best served chilled the day it is made. Add the greens before serving. 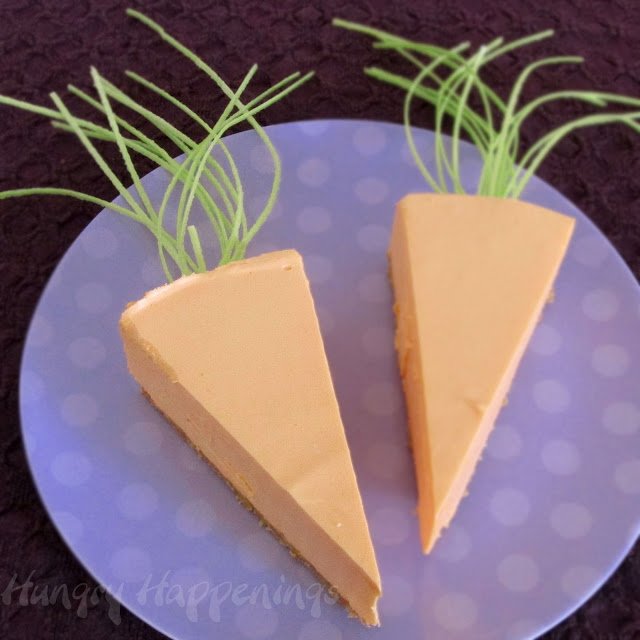 If this Easter Recipe interests you, then you should go and check out all these other delicious ideas.