Who needs movie theater candy when you can make these fun Star Wars Treats for the big movie premier? These Darth Vader Cherry Cola Gummy Candies and Storm Trooper Lemon-Lime Soda Gummy Candies will be the perfect snack to chew on while watching The Force Awakens.

I’m not going to claim to be an expert on the subject of Star Wars movies, although I’ve seen them all.

I was a young teenager when the first of the movies premiered. Our theater was at the mall and my friends and I hit the grocery store, which was also in the mall, before the show and stocked up on candy and soda (or pop, as we called it.)

By nature, I am not a rule breaker, but I don’t have a problem sneaking in snacks when I watch a movie. I’ve done it for as long as I can remember. 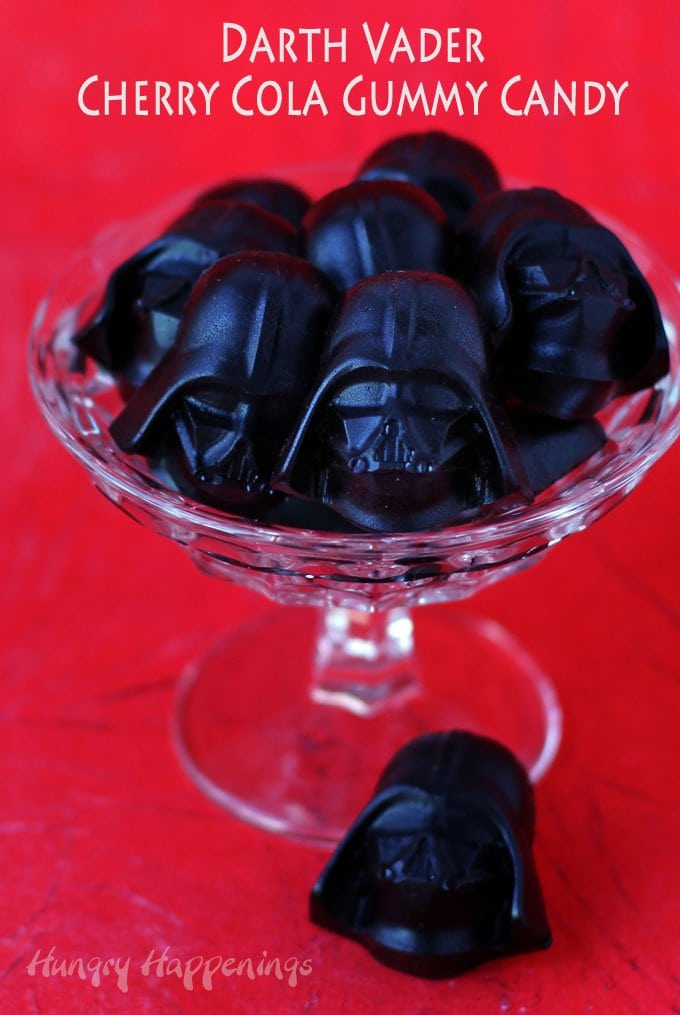 I would have loved to have shared a batch of these Star Wars treats with my friends back then. Even though I was already making candy back in those days, we didn’t have silicone molds to make such cool gummies. If we did, I sure would have made these Darth Vader and Stormtrooper gummies.

Making homemade gummy candy is easy, but you’ll need to buy one or two sets of the Star Wars Silicone Molds in order to make these characters from the Star Wars movies. The molds have to be purchased in a set and you’ll get R2-D2, Han Solo in Carbonite, The Millennium Falcon, X-Wing Fighter & Boba Fett molds too.

In about the same time that it takes to watch the previews before a movie at the theater, you can have these Star Wars treats made and ready to snack on.

To make the Darth Vader Gummy Candies, I needed them to be black and had some Coca-Cola on hand after making my Coca-Cola Cake Roll Penguins last week. So, I experimented by mixing the cola with unflavored gelatin, but found the candies were not sweet enough.

My first thought was to add sugar, but I personally like cherry cola, so I added cherry gelatin instead. The candies tasted great, but were a bit too red, so I added some black food coloring.

The white Stormtroopers were much more challenging to make. I tried 5 different recipes before settling on one that made soft yet firm gummy stormtroopers that were bright white and had a great flavor. A bit of sugar, a dash of lemon extract, and some white food coloring was all it took to make these tasty Star Wars treats. 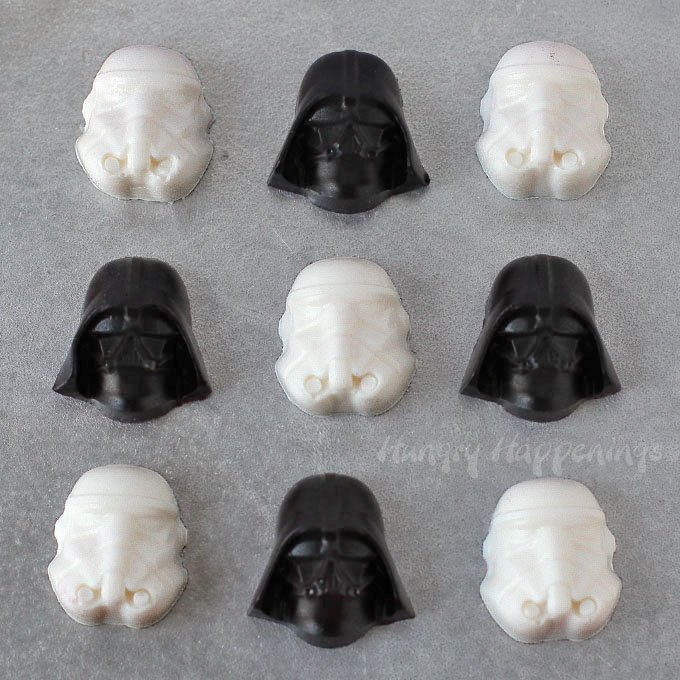 You can find the products you need to make these Star Wars Gummy Candies on amazon.com (affiliate links)

NOTE: if you only have one of each mold, fill them, then keep the remaining gelatin in the saucepan. When you are ready to make your second set of candies, rewarm the gelatin over low heat until melted, then increase the heat to medium low until hot, then pour into the molds.

My friend, Jill, from Kitchen Fun With My 3 Sons, has made some amazing Star Wars treats that you should check out. 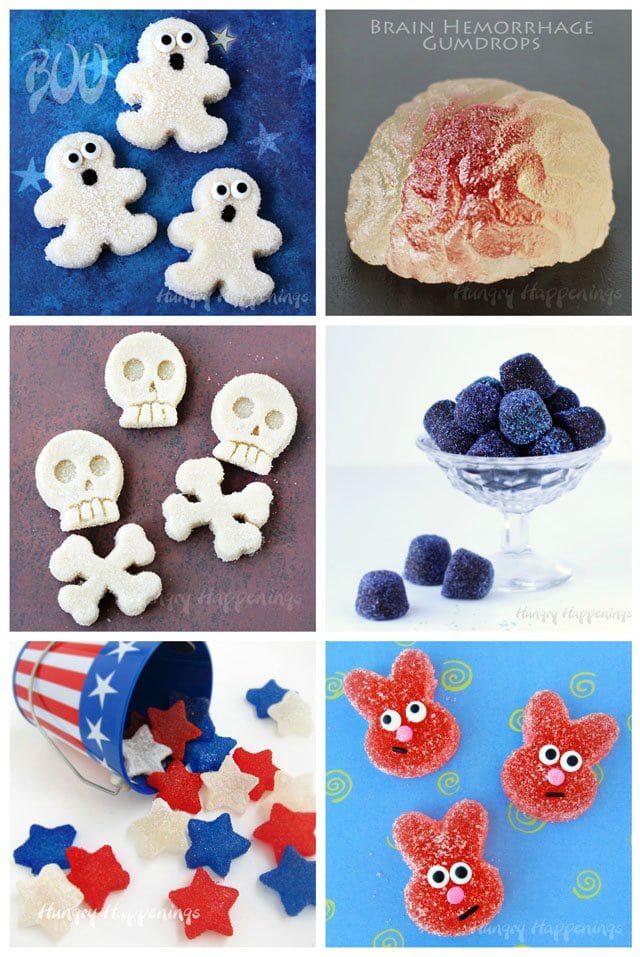