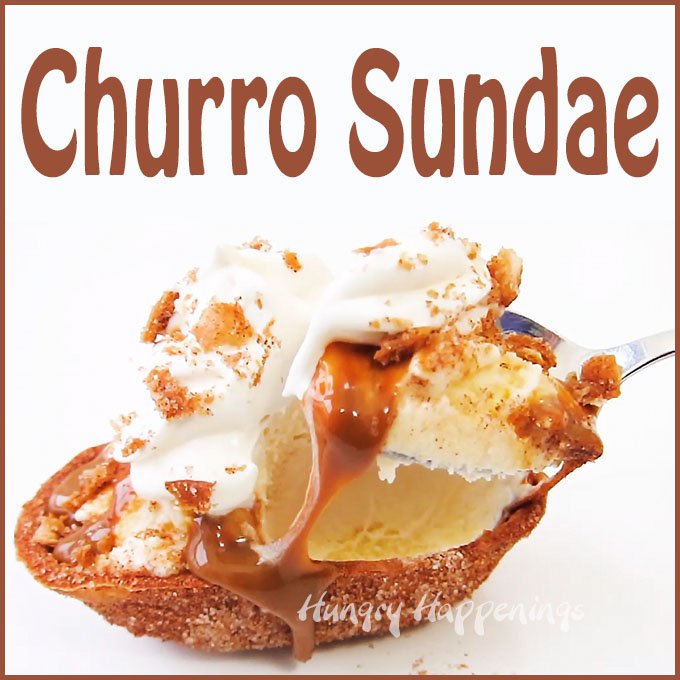 The first time I ate a churro was at the magical world of Disney. It was late, my feet were tired, and my belly was grumbling. The smell of fried dough and cinnamon sugar was wafting through the air and I couldn’t resist. With my first bite I was in love with the delicately crunchy dessert stick.

I’ve enjoyed churros since then but have not attempted to make them at home, although I know they are pretty simple to make. 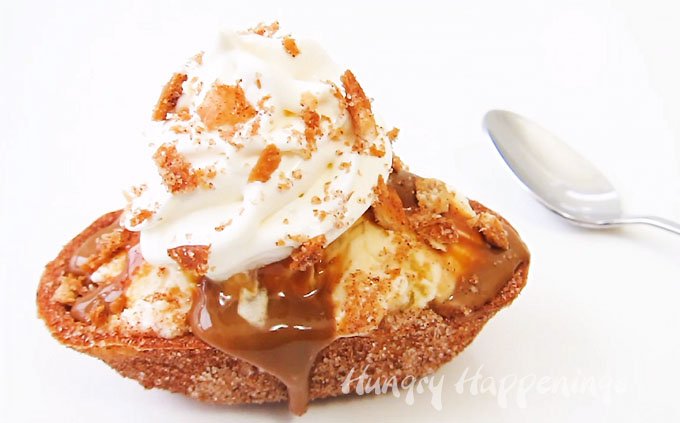 A few month’s ago, I was asked to create some churro bowls filled with dulce de leche mouse, cheesecake mousse, and chocolate mousse for TBSP.com. They were so good in baked tortilla bowls coated in cinnamon sugar, but I knew they’d be even better if I fried the bowls.

I was right! The tortilla boats are so crispy when fried and their flavor and texture are even more similar to a traditional churro than with the baked bowls. They would taste great filled with any of the mousses that I used originally, but I wanted to keep things really simple, so I just grabbed some vanilla ice cream.

I added a few small scoops to the fried churro boats then drizzled on some dulce de leche sauce which has a wonderfully rich caramel flavor. To balance it all, I added a swirl of whipped cream. Then to make it pretty I broke up a fried churro boat into tiny pieces and sprinkled some over the top. 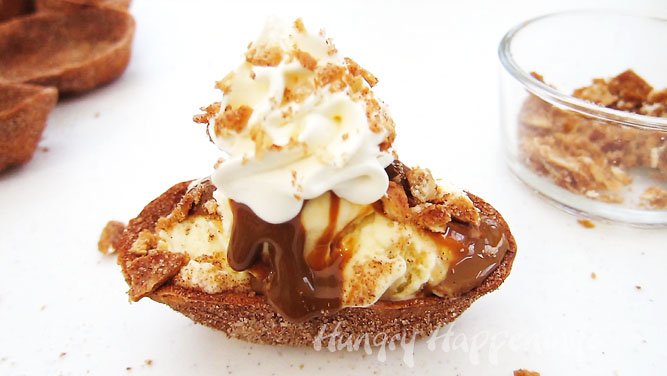 This dessert is so festive and fun.

Just grab a package of 1 package (12 count) Old El Paso™ Taco Boats™ Mini Soft Flour Tortillas from the grocery store or Amazon and fry them up to make your own sundaes.

I used Nestle La Lechera Dulce de Leche in a squeeze bottle. It is a rich tasting pourable caramel sauce that isn’t too sweet. I love it, but you can use your favorite caramel sauce, if you prefer.

Watch the video tutorial to see how fun they are to make. 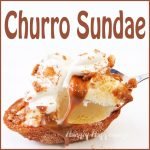 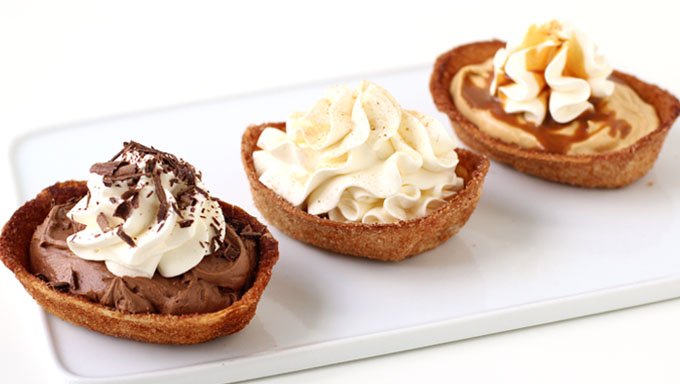 Check out these other fillings for your churro bowls.

Party it up this Cinco de Mayo and check out some of these other recipes that are perfect for celebrating.