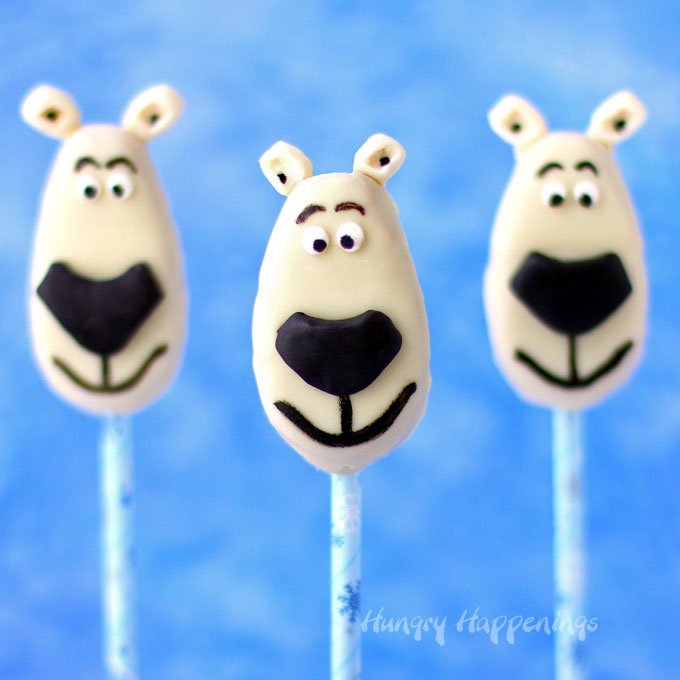 Are you and your kids excited about the premier of Norm of the North?

My husband and I don’t have similar tastes in movies, but we love watching animated films together and are really looking forward to seeing the new movie staring a polar bear who befriends other animals instead of hunting them.

When I saw a preview for the movie, I was so enamoured with Norm. Even though he is an outcast he manages to have a big heart. 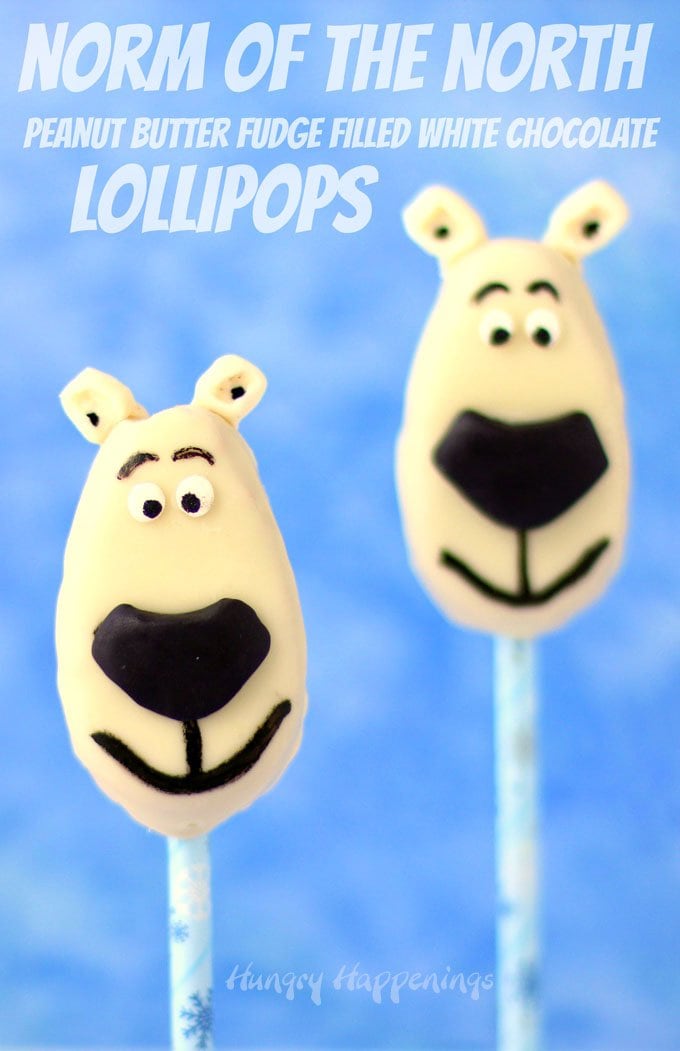 Norm is so sweet, that I just couldn’t help turn him into a sweet treat.

Yesterday as I was grocery shopping, I was looking around the store for something that could be transformed into Norm and found some Easter chocolates that were perfect. 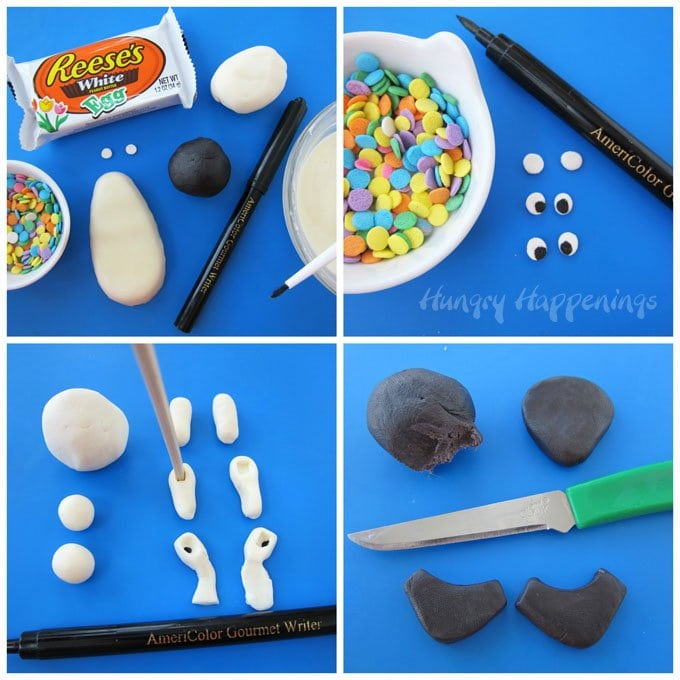 To decorate your white chocolate eggs, you’ll start by creating some eyes out of white confetti sprinkles. Draw a pupil onto each sprinkle using black food coloring marker. You can use candy eyes, if you prefer, but the pupils are usually smack dab in the center so you can’t make them look like Norm’s slightly crossed eyes.

Use white modeling chocolate or vanilla taffy to create Norm’s squarish ears. Roll small balls into logs, then insert a wooden skewer to create indentations in the ears. Add a black dot inside each year using a food coloring marker. Flatten out one end of the log. This part will get attached to the back of the white chocolate fudge egg and hold the ears in place.

Flatten out a piece of black modeling chocolate and shape into Norm’s nose. 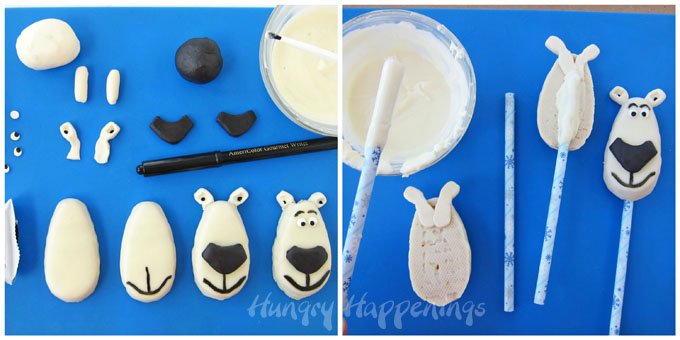 Use a black food coloring marker to draw Norm’s mouth onto the very edge of each egg.

Use melted white confectionery coating (Candy Melts) to attach the ears to the back side of each white chocolate egg and to attach the nose on the front side above the mouth.

To turn these chocolate eggs into Norm of the North lollipops, dip a lollipop stick or a snowflake cake pops straw into melted white confectionery coating then attach to the back side of each egg. 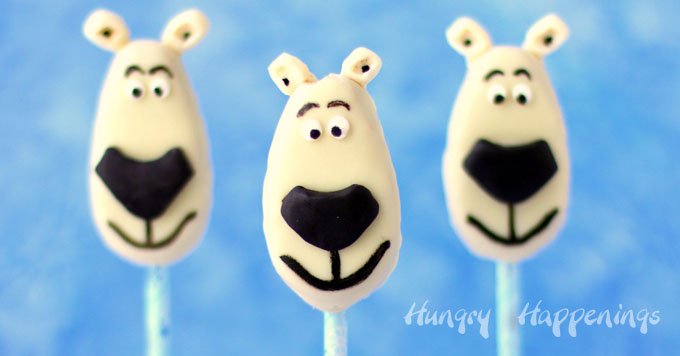 These lollipops will make great desserts or party favors for a Norm of the North party.

If you plan to host a party over the summer, be sure to pick up some peanut butter fudge filled eggs at the end of the Easter season.

If you want to make these at a time of year that you just can’t find these candy eggs you could transform my Nutter Butter Polar Bears into Norm or you could make your own peanut butter fudge, shape it into a long egg and dip it in white chocolate.

You can find detailed information about using confectionery coating, as well as, the recipe to make homemade modeling chocolate on the Chocolate Making Tips page. 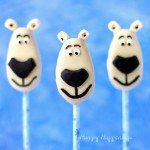 Check out all of these polar bear treats… 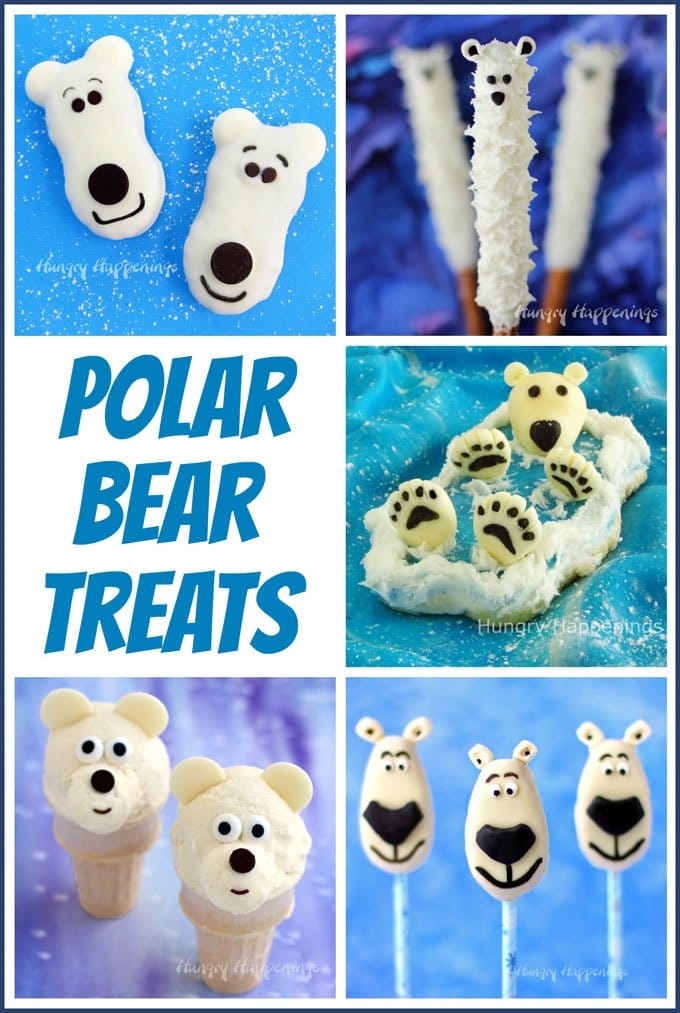 Oops I forgot one… 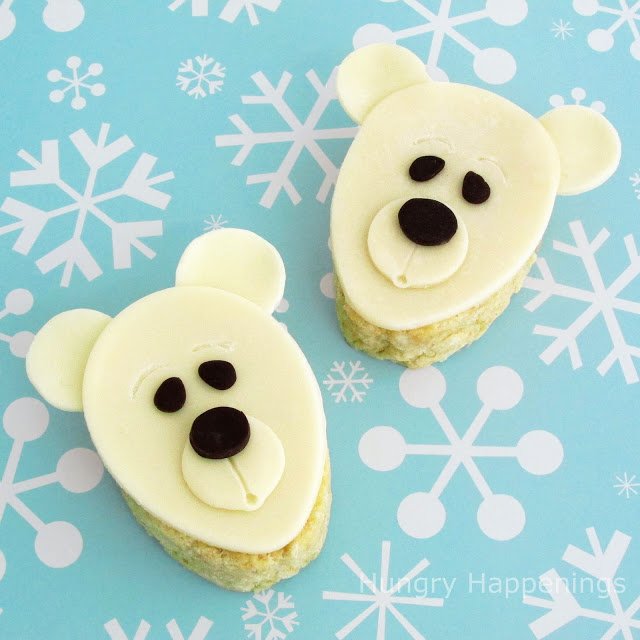 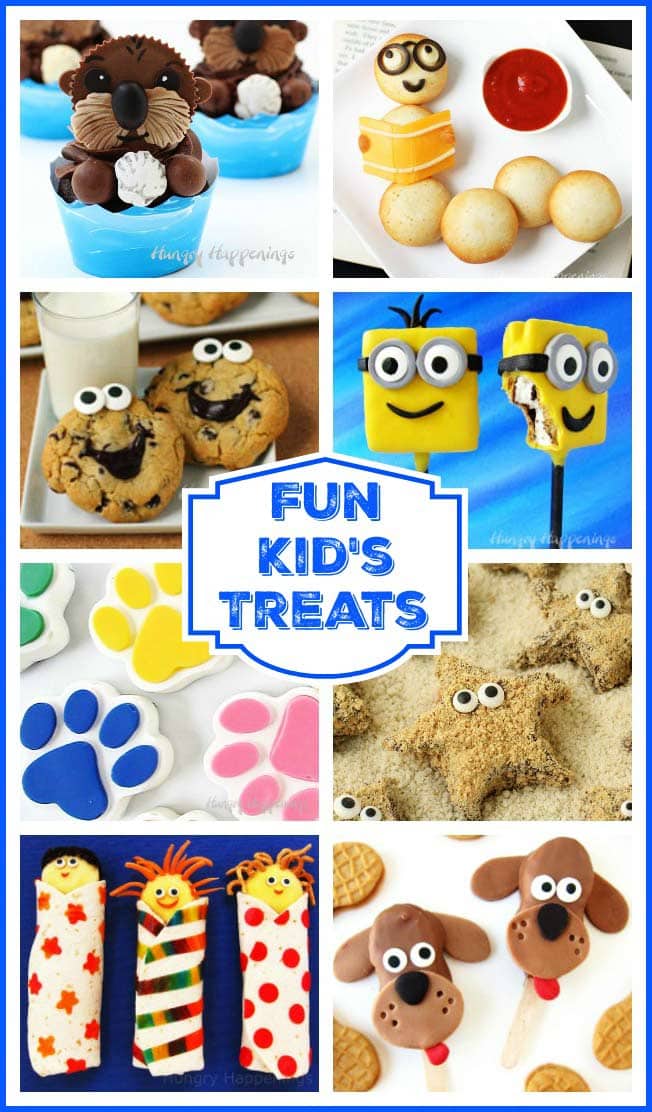