Dress up a super simple 2 ingredient ice cream and show it off at your Academy Awards party.These festive Hollywood Walk of Fame Gold Star Dulce de Leche Push Pops may be easy to create, but they sure are showstoppers. Remember when push pops were all the rage and you went out to buy some of the little plastic containers knowing you’d use them all the time?

Mine were collecting dust.

I felt it was time to take them out of hiding and put them to good use.

Believe me when I say using this incredibly simple ice cream recipe is one of the best uses for these push pop containers I’ve ever come up with.

One of my favorite dessert bloggers, Dorothy, from Crazy for Crust, has been posting all sorts of variations on a simple 2 ingredient ice cream and I don’t know why I waited so long to give it a try. Last spring she posted a recipe for a Dulce de Leche ice cream that is essentially the caramelized sweetened condensed milk mixed with whipped topping.

Now, I love eating Dulce de Leche right out of the can and assumed that when mixed with whipped topping it would taste great.

I was wrong…it’s beyond great.

It’s lick the bowl clean, go exercise for an extra hour so you can eat the entire batch kind of amazing.

This recipe should have made 6 push pops. I managed to save enough to make 4.At that point I hadn’t even tried this dessert in it’s intended frozen state. That had to wait until I dressed them up for an Academy Awards party, I sprinkled on some edible gold glitter stars, added a printable Hollywood Walk of Fame Star label, and arranged some star cut caramel wafer cookies coming out of the top.

Good thing we aren’t actually hosting an Oscar party because as soon as I snapped these pictures, I enjoyed one of the frozen treats and was down to 3.I have to say that even though it couldn’t be easier to make this ice cream, it is one of the best I’ve ever eaten. As a bonus it’s gold color was perfect for these Oscar worthy treats. optional: toothpicks*I used Wilton Treat Pops. They have lids that can also be used as stands so you don’t need a special push pop stand. 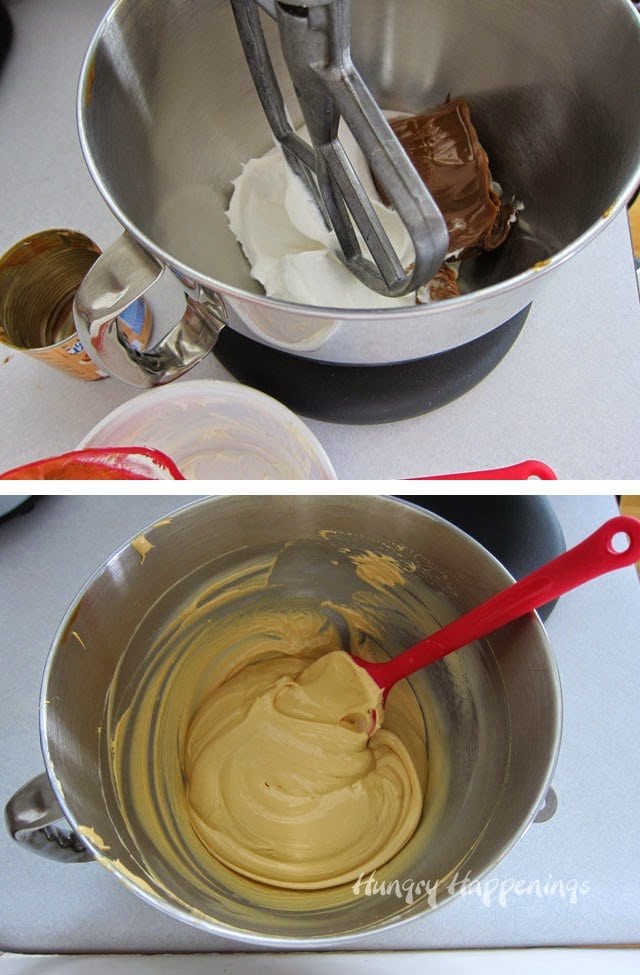 Simply combine the whipped topping and Dulce de Leche together until you have a luscious mousse. I used my Kitchen-Aid mixer and it came together in about 30 seconds.

Now, the hard part is keeping yourself from eating the whole bowl. Spoon whatever mousse you still have left into large pastry bag and pipe it into your push pop containers. You can just spoon it in if you prefer, but it’s a bit messy.

Print out the sheet of labels on glossy cardstock and cut into squares. Use double stick tape to attach them to the plastic push-up pop containers.Click here for Hollywood Walk of Fame Printable. 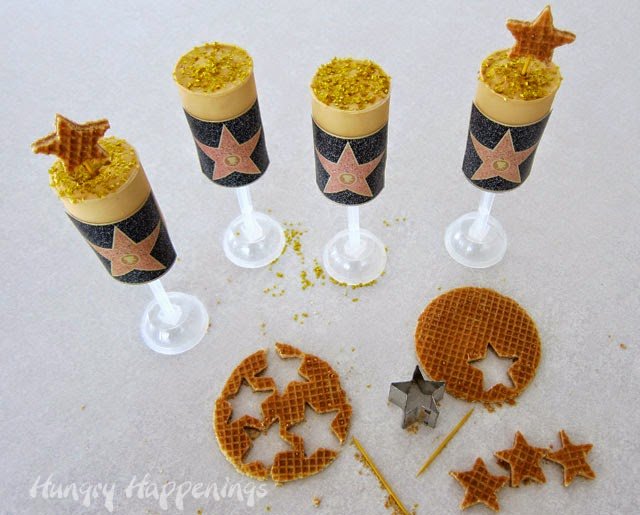 Use a small 1 inch metal star cookie cutter to cut stars out of caramel wafer cookies (a.k.a. Stroopwafels.) Insert a toothpick into each star and insert the toothpick into the dulce de leche mousse.

Freeze the push pops for at least 2 hours or overnight.

Allow them to thaw at room temperature for 5-10 minutes before serving.

Note: I discovered this style of cookie while on vacation in Europe and have them in my pantry all the time. The Stroopwafels have a thin layer of caramel sandwiched in between two thin waffle cookies. They are chewy and wonderful and can easily be put on a toothpick. I was so excited to find packages of them at Aldi for $1.99 this week. What a bargain. 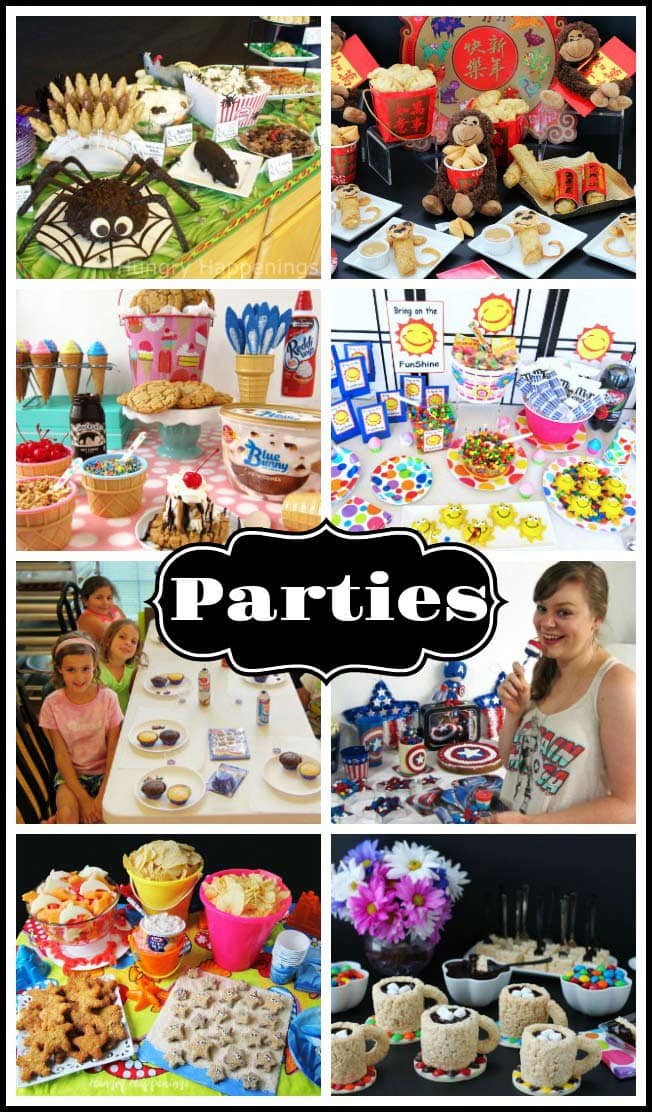 Items used to make this project that are available on Amazon.com (commission earned for sales) 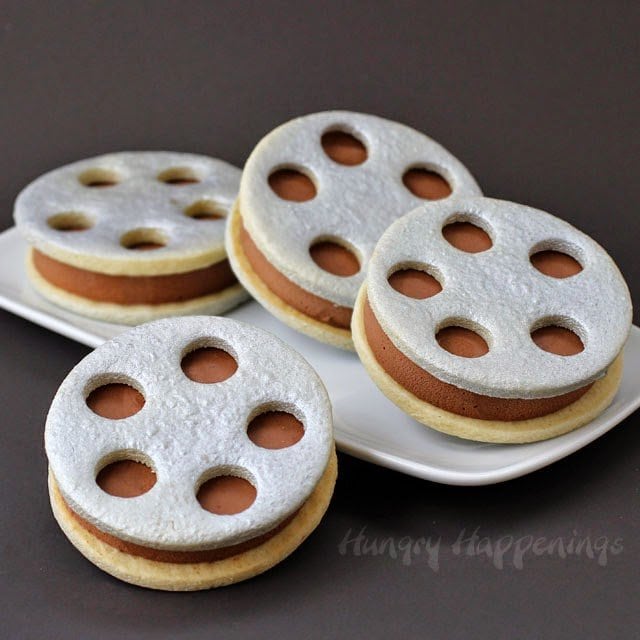 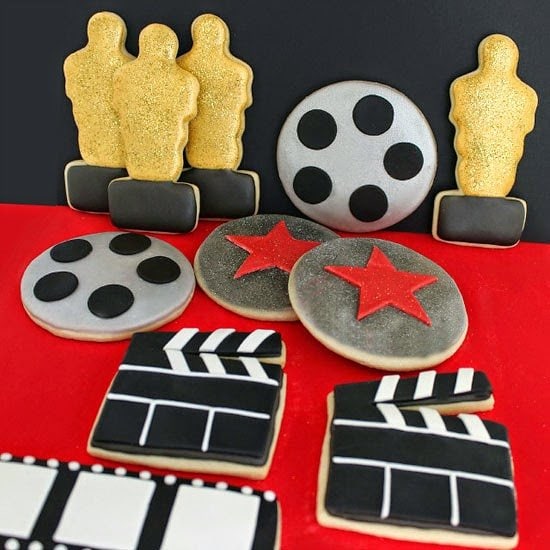 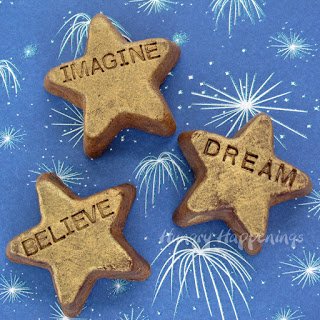 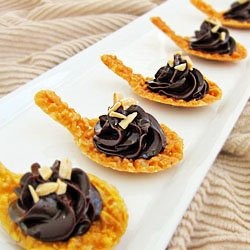