Enjoy the taste of fall when you make these quick and easy Cinnamon Apple Cereal Treats. With each bite, you’ll taste bits of apple and marshmallow blended with cinnamon sugar-coated cereal. 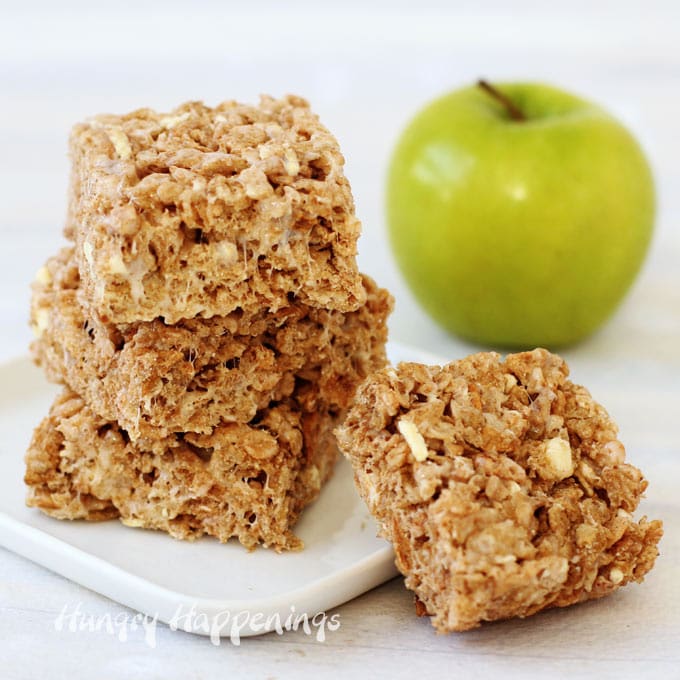 As soon as I spotted boxes of the new Cinnamon Pebble Cereal on the shelves at my grocery store I knew I had to use them to make these Cinnamon Apple Cereal Treats. I imagined how they would taste and am happy to report they are even better than expected.

I added crunchy freeze-dried apples for intense flavor and sprinkled in bits of dried apple rings for a bit of chew. Blended with the sweet cinnamon cereal and gooey marshmallows these treats are bursting with flavor and are a nice combination of crunch and chewy.

This recipe is super easy. You can watch the video below to see how quickly they come together. 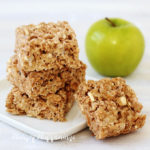 The Cinnamon Pebble Cereal are new this year and I hope they stick around for a very long time. If you can’t find them, you could use a rice crispy cereal and add some cinnamon sugar to the recipe, but hopefully you’ll be able to find the cereal so you can try these.

I hope you enjoy making these Cinnamon Apple Cereal Treats. You might also enjoy making some of these other Rice Krispie Treat recipes. 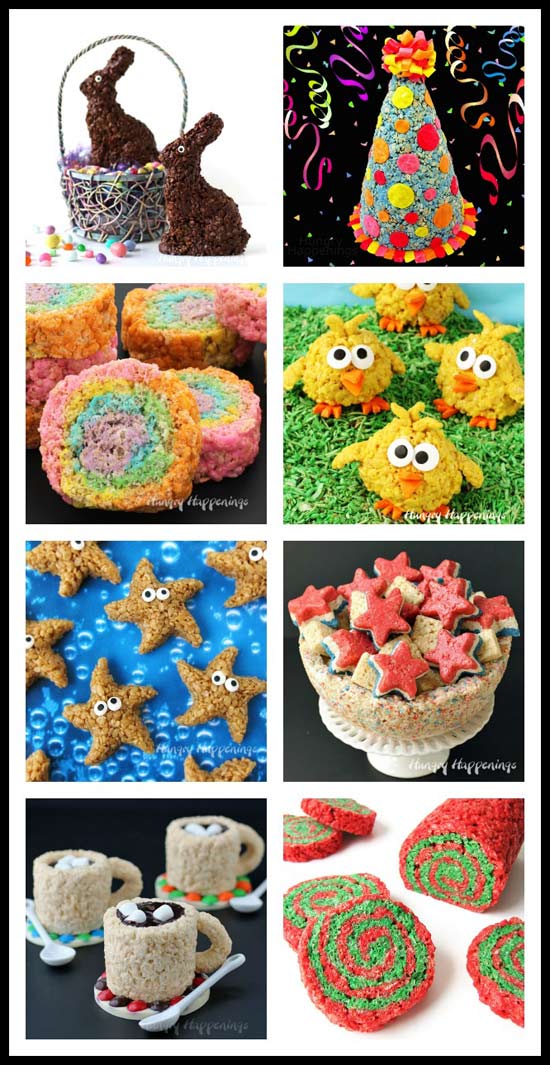 See tutorials for all these Fun Rice Krispie Treats and more, by clicking this link.